As an asthmatic, I have always struggled to run particularly fast and know that I’m never going to be at the front of a race. Usually I would avoid signing up for events with small numbers of entries because I know that I’m going to be one of the slowest runners out there, and have a fear of finishing last or being left behind. It has always seemed like something that would be embarrassing, demoralising and generally compound my feeling of ‘imposter syndrome’ where I don’t feel like I fit into the category of ‘runner’ or ‘fitness blogger’.

That fear became a reality however at the Wendover Woods Forestry 10k a few months ago. It was a beautiful course, but I was at the back of the pack, took a wrong turn and got lost out on the trails as there were no other runners around me. I ended up finding the route again, but had dropped so far behind I finished (second) last, after catching up and overtaking a lady who was injured – probably my worst result in a race. But you know what? It was OK. I survived and it hasn’t even really put me off taking on more small trail and local races.

Why its OK to finish last

It’s a matter of logic. Unless you keep running for ever and ever, at some point there will be a runner who crosses the finish line last. If you accept that fact, it makes it easier to deal with. So what if that last person is you?

2. You get the space to enjoy your run.

Being at the back of the pack in a race has a totally different feel, with more emphasis on having fun. I love the spirit of slower runners, who will often chat or stop to take photos (yup, that’s me) and generally soak up the cheers of supporters. You also are less likely to get elbow barged or tripped up too.

3. The last person over the line always gets the biggest cheer.

When I worked in events we would always make sure all the crew stayed until the very end to cheer the last participant over the line. You are just as incredible as the first person who crossed the line, and after being out on the course for the longest you definitely deserve that extra applause.

4. You completed the distance.

Time is irrelevant to a certain extent. You went out there, you smashed the distance, and you completed the race. Achieving your goal should be an amazing achievement, never mind the time or the place that you finished in. Plus if you are hoping to run faster next time, this is a great benchmark or point to start from that will motivate you to keep going.

I don’t mean this in a horrible way, but most of the other runners taking part will be focused on their own challenge – getting a PB, finishing the distance, running for their club. They won’t remember that you came last and those people that do matter to you, will remember your achievement and how hard you worked for that.

I felt a little awkward after crossing the finish line at the Wendover Woods 10k – mainly for the getting lost part if I’m honest! But I love my awesome wooden medal, and I really enjoyed the feeling of exploring somewhere new and the peacefulness that comes with trail running. It’s actually great for an asthmatic to run off-road away from the traffic and pollution too.

Despite the fact that most trail runs seem to be for ultra-runners (it’s really hard to find shorter distances) I am keen to take part in more of them. And who cares if I come last? 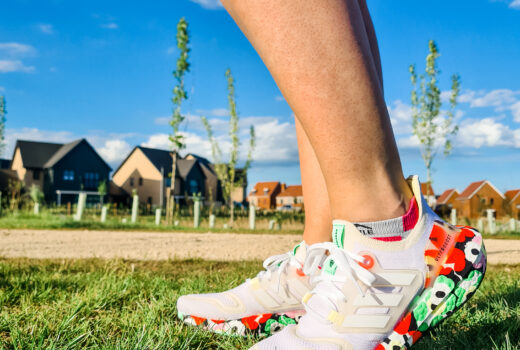 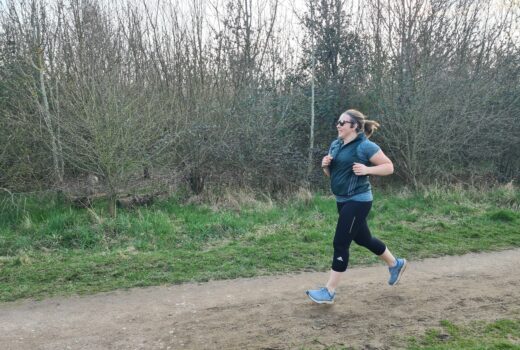