Dodging tourists and drunken hecklers as I strode through London covered in flashing wristbands and glowsticks was definitely an interesting way to spend my Saturday evening! 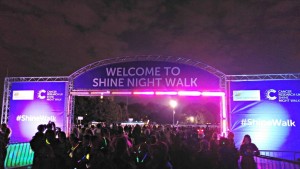 I lined up on the start line of the Shine Night Walk Half Marathon with the rest of #TeamSOLE, and thousands of other enthusiastic walkers raising money for Cancer Research UK, under a darkening sky. We opted to join the “Power Walkers”, those aiming to complete the 13.1 miles in under 4.5hours, something that seemed pretty achievable. The race village in Southwark Park had toilets and a bag drop although if you read my “Race Prep” blog post, you will have seen I opted to carry my Camelbak with me. 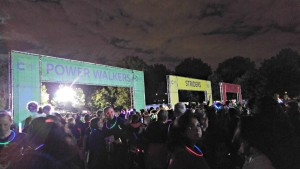 As we set off under the archways towards the start line, our team got separated- simply due to the sheer number of people- but my little band strove to stick together!

In the end four of us remained as a group for the rest of the journey, which was really nice having friendly faces to chat to along the route. At just before 8:30pm we crossed over the start line and headed off on our little jaunt around London… 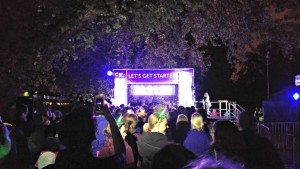 The first part of the route was fairly uneventful, along quiet back streets out of Southwark, allowing us to settle into a rhythm until we hit Tower Bridge. This first London landmark all lit up at night, and affording us great views down the river as we crossed was pretty special. 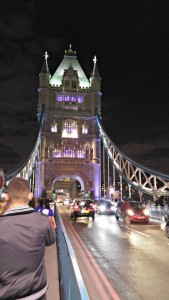 The course continued around past the Tower of London, past the iconic shapes of the Gherkin and Herons Tower and before we knew it we’d hit Mile 4 and the first Pit Stop! I wasn’t timing how fast we were going but I think we must have been walking for just over an hour by this point, which had really flown by. 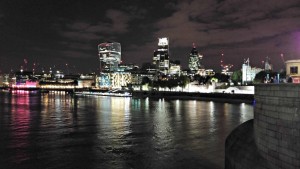 I was worried about bringing enough fuel myself, and where I was going to go to the toilet en-route but needn’t have worried! At the first stop right by St Paul’s were numerous portaloos, and marshalls giving out water and yoghurt coated raisins – a nice little sugar hit to keep us going. 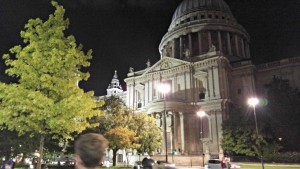 Just after Mile 5 the course split, so we made sure to follow the directions for the Half Marathon as I didn’t fancy adding on a few extra miles for the Full Marathon accidentally! The course was generally signposted and marshalled really well though, so that was unlikely to be a problem. 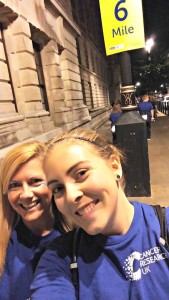 There was another Pit Stop a mile or so down the road where the routes joined back up again, and was probably more aimed at those doing the longer distance – #TeamSOLE grabbed cereal bars and powered on! 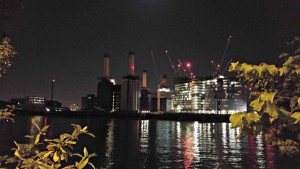 We strolled past Downing Street and the side of St James Park and Buckingham Palace, but couldn’t really see anything of the building. The route then headed out west and down to the river where we had a lovely view of Battersea Power Station. This was a quieter section with less tourist dodging, which wound through some interesting parts of London I hadn’t walked before, past the Albert Bridge and Tate Britain. 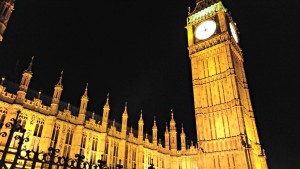 Eventually we found ourselves back at Westminster and at Mile 10! So far my legs weren’t doing too badly, although the rest of my team were keeping up quite a speedy pace. What with my numerous photo stops I was struggling a little to keep up, and was glad of a chance to stretch and refuel at the third and final Pit Stop of the evening. 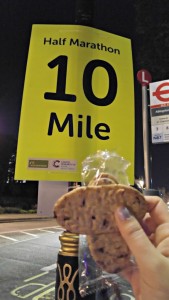 I swiped a packet of biscuits to keep me going, and we headed off past the gorgeous buildings of the Houses of Parliament and Big Ben.  Even with hundreds of other people around there’s still something magical about such iconic buildings, with their ornate detailed architecture and rich history. 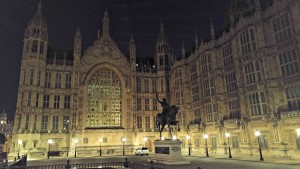 As we headed back towards the river the London Eye lit up like a rainbow was a pretty spectacular sight to behold too! And signalled the fact that we only had 2miles remaining to walk. 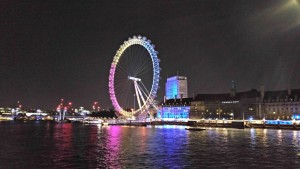 We had made pretty good time up until this point and from looking at our watches the team decided that we should try and finish in under 4 hours. This meant the last section passed by in a bit of a blur for me, clinging on to the coattails of the rest of my team! I’m sure I was walking as fast as I run sometimes! 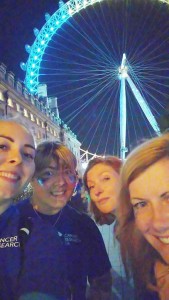 Fortunately the route was flat and familiar, heading along the South Bank past Shakespeare’s Globe, Borough Market and the Shard before crossing back over the river towards the finish. 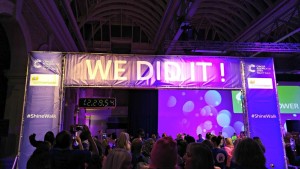 The finish line was actually inside Old Billingsgate Market, a large open venue where walkers could stretch, relax and celebrate their achievement! The event isn’t timed as it’s about having fun and raising money for charity, but you can see by the clock in the above photo we were pretty close to dead on 4 hours. 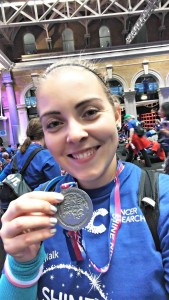 We were handed our medals and after stretching, grabbed a free hot drink before heading home. I jumped straight in a taxi as it was the quickest and easiest option at 1am in the morning!

SUMMARY
A different experience in many ways, being a walking event at night but with a great feeling of camaraderie and some lovely scenic views along the way- a good way to see London!

Thanks to SOLE for my footbeds and socks which kept my feet blister free and comfy throughout the 13.1miles. I was actually surprisingly warm for the whole time, and didn’t need my hoody at all, leaving it tied around my waist. I drank most of the water in my Camelbak rather than grabbing bottles at the fuel stations, as then my hands were free for taking photos, but I did take advantage of the snacks which were very welcome.

Have you taken part in a walking or night-time event? 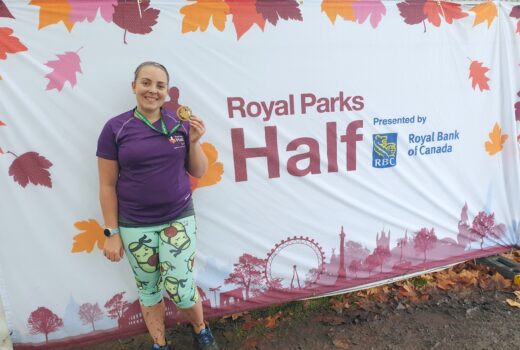 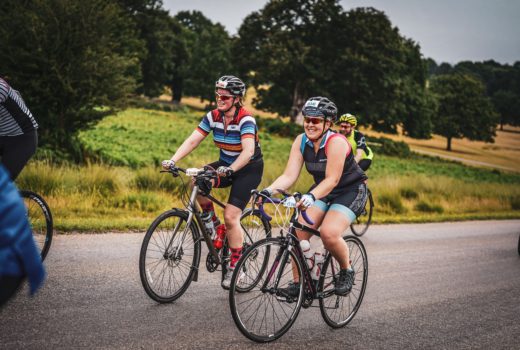 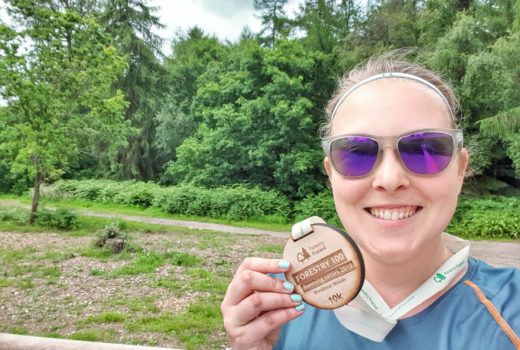