On Saturday I took part in the Energizer Night Run around Battersea Park. 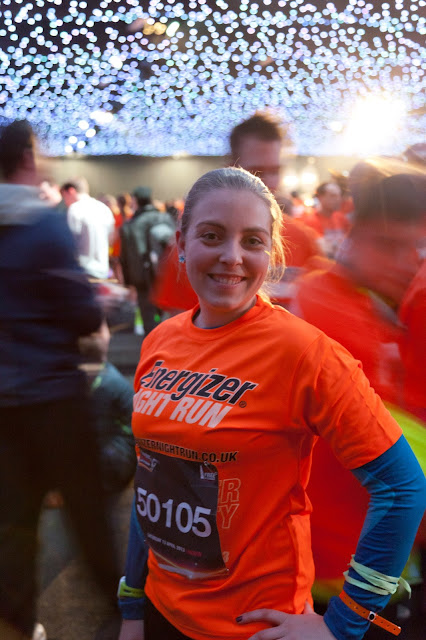 I’d signed up to the 5k as a warm-up to my first 10k in May, and managed to persuade one of my work colleagues to do it with me 🙂

The weather was cold, grey and rainy but the atmosphere totally made up for that!

I already had my shirt and headlamp after winning a competition with Energizer when I entered the race (this meant I also had a tech t-shirt instead of the cotton ones given out which was quite cool), but Katie had to collect hers so we met up by the line and headed inside. 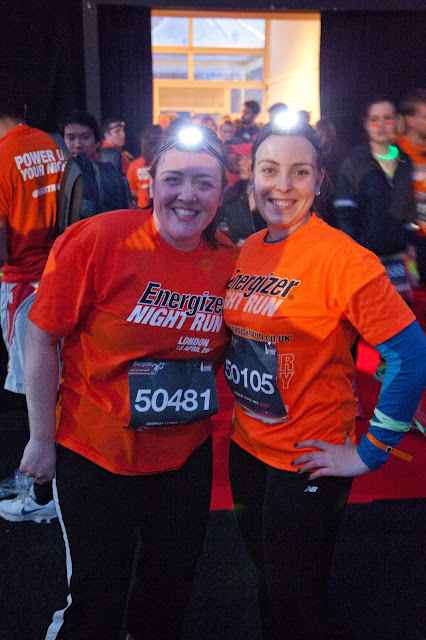 Battersea Evolution had been decked out with a bar, DJ and starry ceiling which looked awesome! 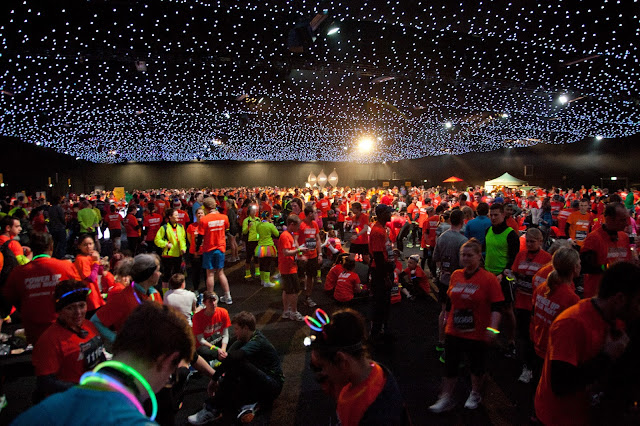 There were hundreds of people in orange t-shirts getting ready, adding face-paint, glowsticks, neon accessories- everyone looked amazing, although it was pretty tough to identify anyone! I managed to finally meet up with Leah from Naturally, Leah after communicating on Twitter and via blogs for a while- it was really great to finally meet her in person 🙂 And I hope to catch up with more bloggers and Twitter runners at the next races I do too. 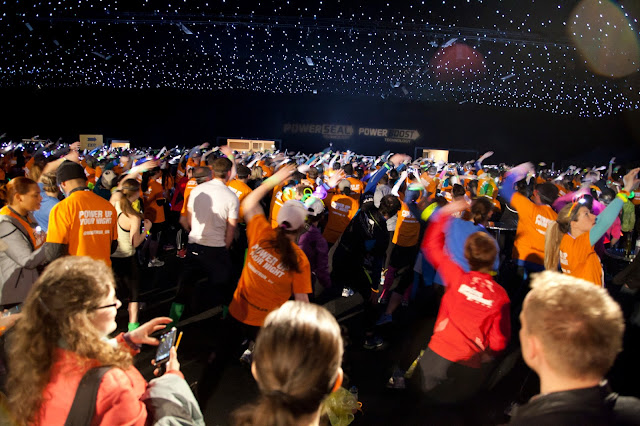 After a few words from Nicola Adams (Olympic gold medalist boxing champion), we were led in an exuberant warm-up which got Katie and I giggling and sweaty which was definitely good before we headed outside in to the cold rain!

There was a bit of a queue to get to the start line (neither of us being fast finishers who got to go off first!) but it was relatively fast moving and was a great sight seeing everyone’s headlamps glinting in the distance. This continued around the course with the runners ahead of us spread out like a giant light-snake, it looked pretty amazing! 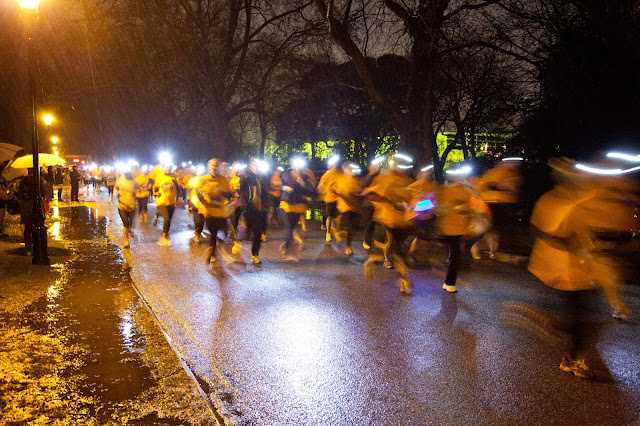 Soon we were off and settled into a steady pace- Katie had never run a 5k before, and I really loved having someone to run with (the first time I have!) so we chatted quite a lot and just enjoyed the atmosphere and dodging the puddles! The course was pretty wet, and it poured with rain for the whole time, which was actually quite refreshing.

I ended up sprinting the last stretch and before long Katie and I were collecting our medals and drinking bottles of water at the finish line 🙂 (and amusing ourselves at the free carrots available. Definitely appreciated the Vita Coco though- love that stuff!)

As we only did the 5k, Battersea Evolution was quite empty when we got back in and gradually filled up as people completed the 10k second loop. It would have been fun to stay for the after-party, but we were both pretty soaked from running in the rain so after the initial free drink and celebratory dance, we headed off home.

A great night, and I will definitely be signing up next year! 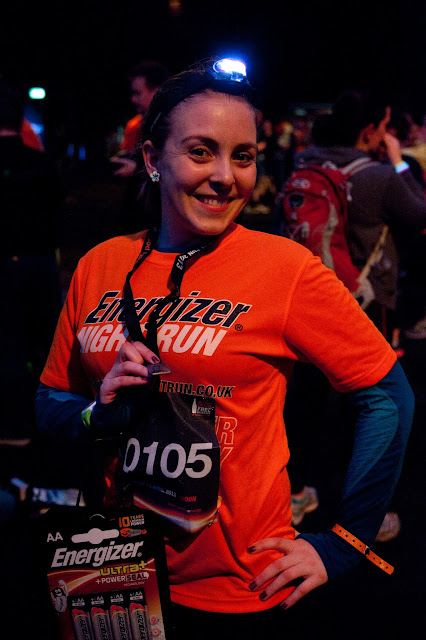 PS. I couldn’t finish this post without mentioning the awful happenings at the Boston Marathon on Monday- when I heard about it I couldn’t think of how to put into adequate words my reaction. I know that there have been many blog posts already written which much more eloquently convey the shock, outrage and horror felt at someone targeting an event full of hope, celebration and ambition. I only want to write that my thoughts are with those affected, and I know that this will not stop us running.