On Sunday I headed to Beddington Park, just down the road from me in Sutton, for the Decathlon Running Series 5k. I walk, run and cycle in the park a lot as it’s such a lovely space, and a great escape from the urban sprawl of Croydon, so when I heard that Decathlon were holding a free running event there I had to get involved!

It seemed particularly appropriate as I’ve been struggling with my running recently, and thought that joining lots of other people for an organised, marked out course would be a good incentive.

The 5k started at 10am which was a great time for a Sunday morning as it didn’t mean an early start! Living so near I jogged down to the park as a warm up, and was able to take a few photos and stretch before lining up on the start line. It was lovely to see so many families and kids out running together! As well as what was obviously the contingent from the local running club – the winner crossed the line in 17 minutes so pretty speedy! 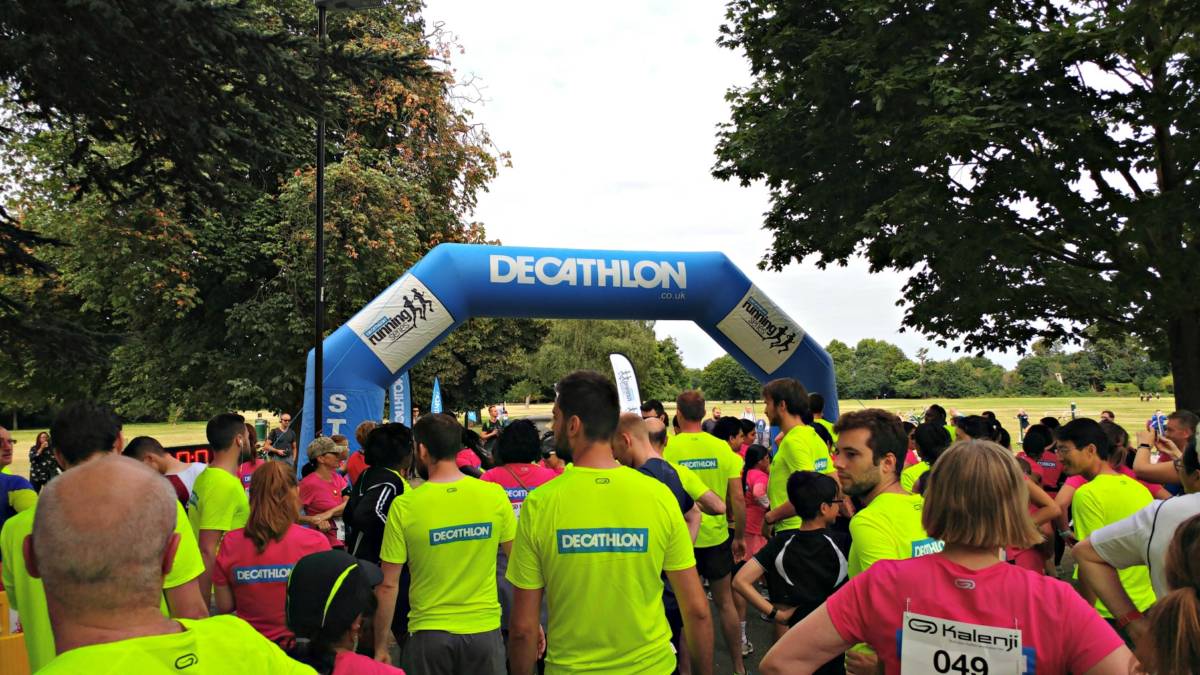 I ambled round the two laps at a much more leisurely pace, aiming just to keep running and try and let my lungs readjust to running. The 5k wasn’t timed, and the course was a little long coming in at 3.3 miles according to my watch. But I finished in about 36 minutes, so an average of 11 minute miles which wasn’t as slow as I was expecting!

As an aside, has anyone ever had problems with Strava GPS overestimating how far you’re running? The last couple of runs I’ve done it’s told me I’m running 8-9 minute miles which is ridiculous, simply because the GPS is adding a good half a mile to each workout. 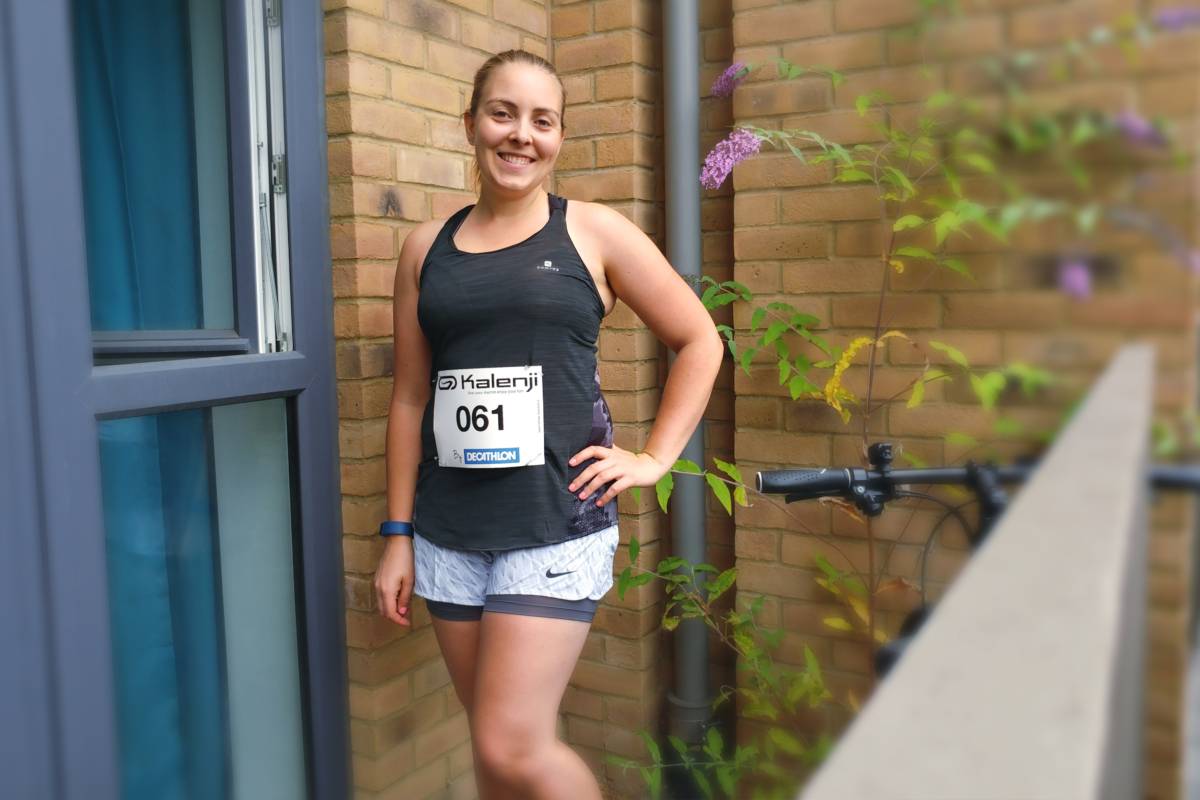 I picked up a couple of bits from Decathlon for the 5k – their stores are great, over 70 different sports under one roof, and everything is very affordable. They have their own brands for running – Kalenji, cycling – B’twin, fitness – Domyos, hiking – Quechua, and so many more! While their stuff may not be top spec, or the most luxurious option available, their premise is to make sport and activity accessible to everyone, which is definitely something I applaud. And the running events are an extension of this ethos, giving people the chance to participate and experience sport free of charge.

I ran in a Domyos vest from their fitness range which was super comfortable, lightweight and breathable. I also love the print on the back which makes a plain black top a little more interesting! I also wore these Nike shorts– one of the great things about Decathlon is they also stock a small number of bigger brands such as Nike, Merrell, Vango alongside their own lines. I had high hopes for the shorts having got a similar pair from GapFit (like these here), also with the double layer design, which I love!

However, Decathlon only had a small number of sizes available – basically Small or Extra Large – so after trying them on, I opted for small. In hindsight, I should have ordered the Medium online to collect instore, as the Small was too small. The inner short didn’t stay put, but rode up when running so I struggled with some lovely inner thigh chafing during the 5k! My own fault really though, so I will probably be passing on the shorts to someone with slightly slimmer legs… 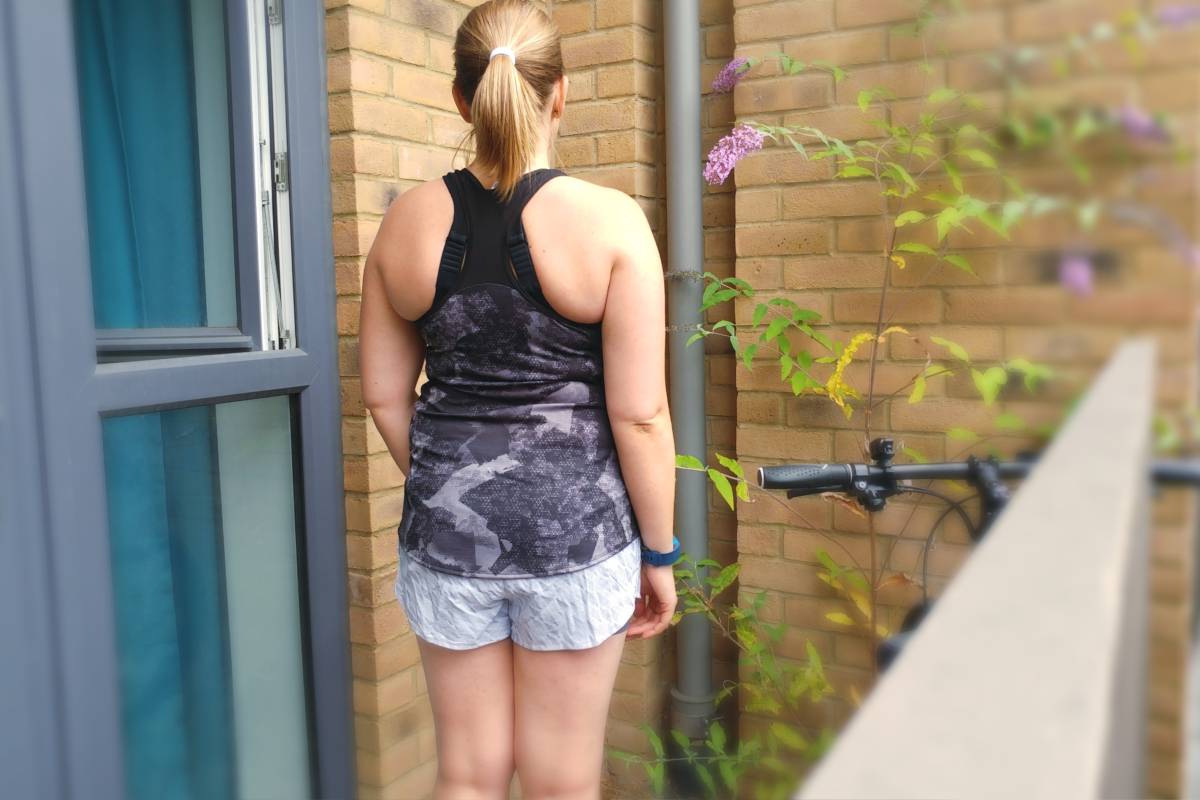 The Decathlon Running Series continues until November in a number of different locations- head over to their website to see if there’s one near you!

Have you taken part in any small-scale community runs?

NB: I was given a gift card to purchase my outfit from Decathlon, but as always all opinions are my own. I had already signed up to the free 5k and do shop there on a regular basis.