It’s become a tradition for me to run a festive 5k every Christmas – or at least, I’ve done it for the last few years and loved it so much I wanted to keep going!

This year, instead of the Team Naturally Run ladies, I roped in a couple of my new work colleagues. For one of the girls it was her first ever race, and the excitement was off the charts. I couldn’t blame her really- the appeal of a Christmas pudding medal, mince pies at the finish line and a fun festive atmosphere was definitely a great reason to get up early on a Sunday!

We arrived at Greenwich Park for the impeccably organised Run Through 5k at around 9:30, in time to collect our race numbers and pose for a #SantaHatSelfie before the race start at 10:00.

I knew that I was nowhere near as fit as I had been when I got my 5k PB at the same race last year, and was intending just to round of the year with a fun run with friends. The terrain in Greenwich Park is particularly challenging if you’re a bit out of shape and with a dodgy knee anyway, so I opted to speed down the downhills and walk up the last of the horrible hill! At least by doing the 5k I only had to tackle it once. 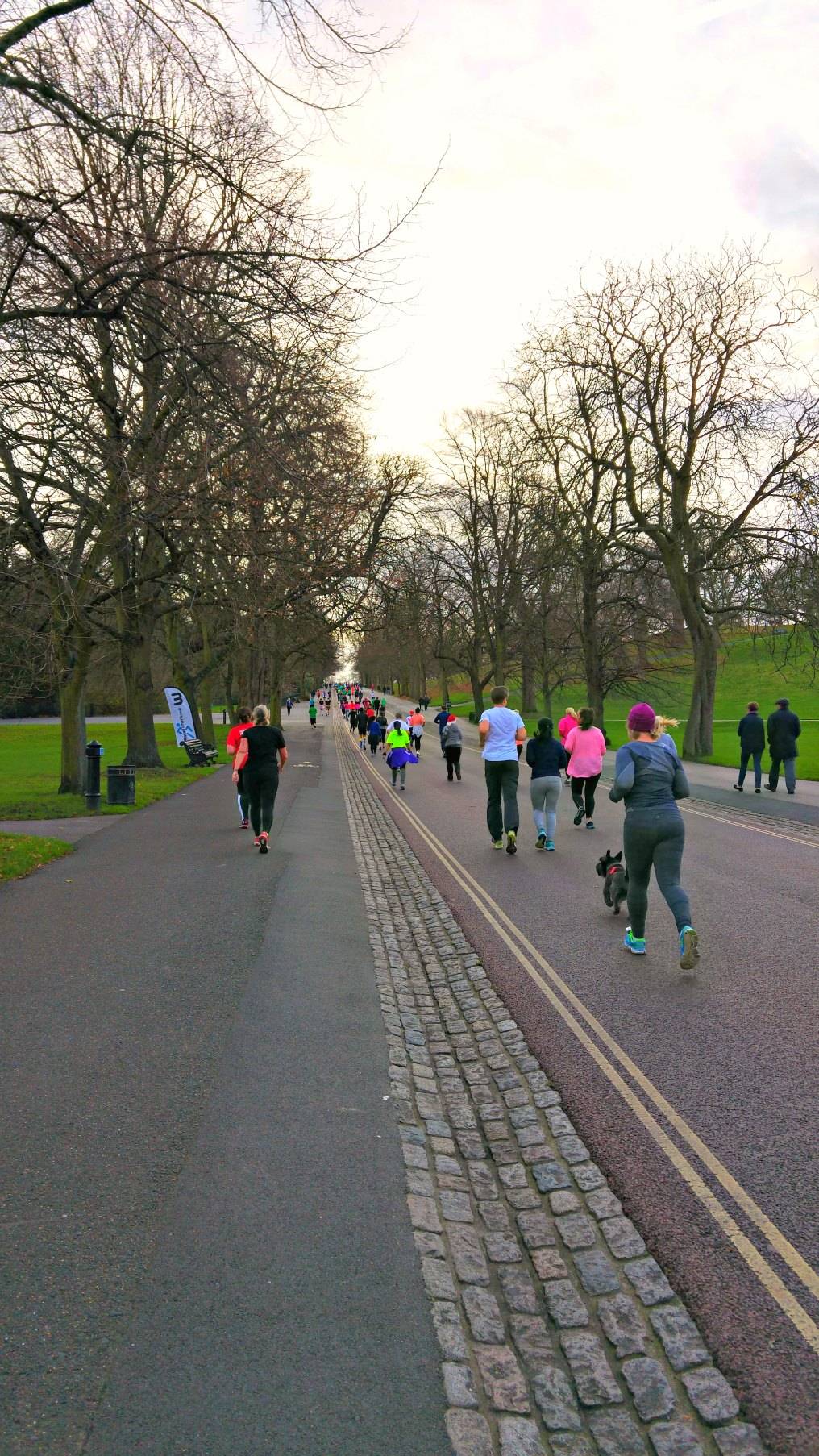 It’s steeper than it looks in the photo, I promise! I made it to the 3k before walking to the top, and then from there it was a final push to the finish line to collect my medal. Lauren and Steph who finished a bit before me, having not had to stop and walk up the hill, caught this fun video of me crossing the line- hilarious!

After grabbing some of the homemade mince pies I bumped into my friend Jo who I did Run Hackney with earlier this year – it was lovely to end 2015 with another race together! And we all imediately started talking about which one to do next of course. It’s so true that however tough you may find it while actually running the endorphins will invariably make you want to do it all over again 🙂 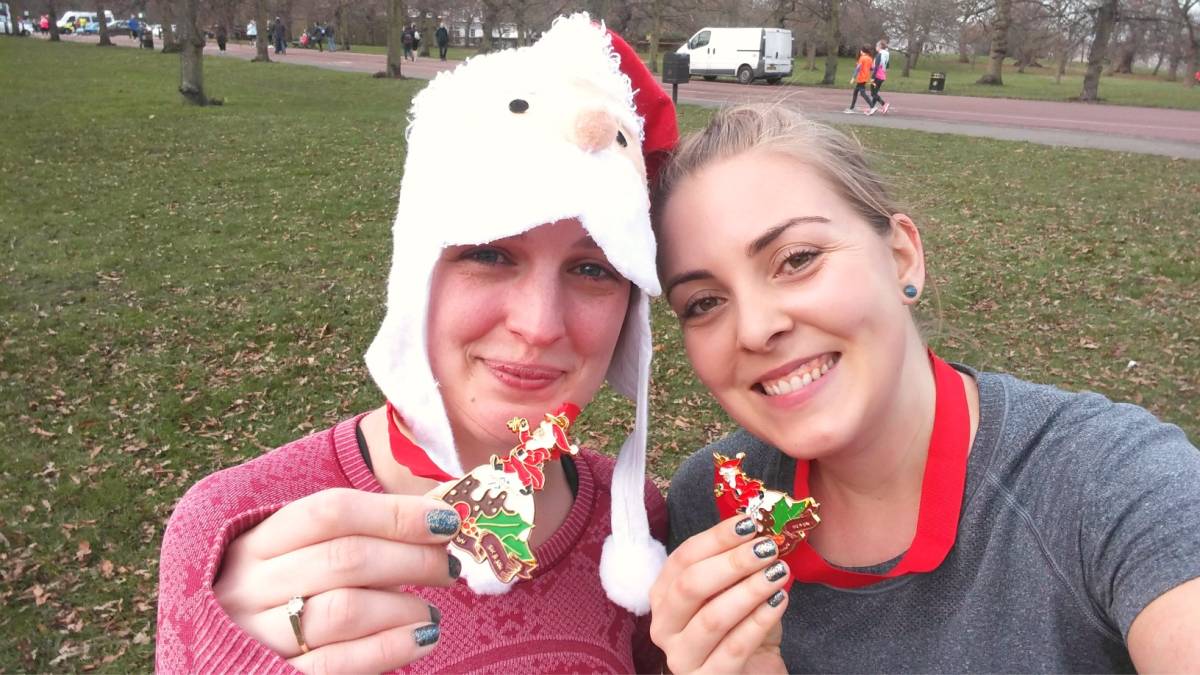 And of course we celebrated afterwards with an amazing brunch at The Green Cafe in Greenwich– French toast with fruit was the perfect choice for refuelling after a festive 5k, and for catching up – it turned out that Jo knows one of my work colleagues when they used to work in a library together in Sixth Form. It’s a small world isn’t it?! 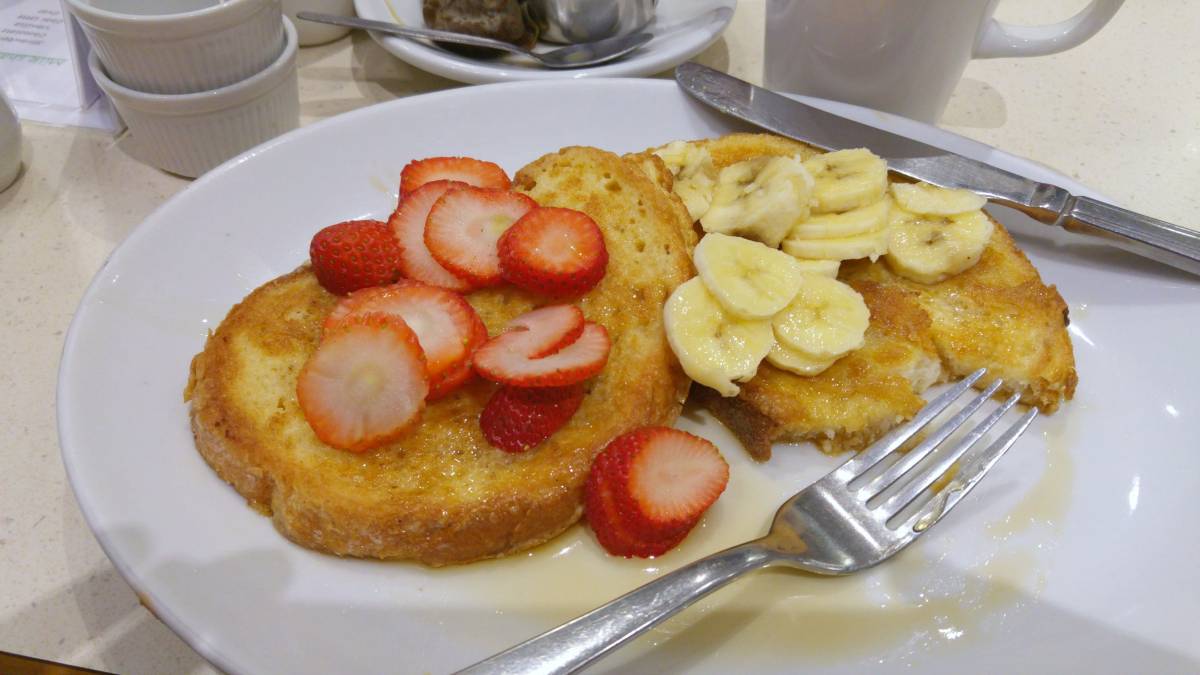 Later on Sunday I got an email with a link to the race results, which told me that I’d probably got a personal worst! 36:30 compared to 31:31 the previous year – slightly depressing, but at the same time I’m fully aware of my situation at the moment, recovering from injury and barely running. If anything it just made me even more determined to get back to where I was, and to become even stronger and a more fully-rounded “athlete”, if that doesn’t sound too ridiculous! Doing my exercises at the gym these last few weeks has made me realise that to become a better runner, I need to do more than just run, and to take those strengthening sessions as seriously as each mile on any training plan.

I’m eyeing up races in 2016 and trying not to get sucked in. I’m going to take it steady, but am thinking about targeting another half marathon towards the end of the year, and then the London Marathon the year after, so watch this space people! 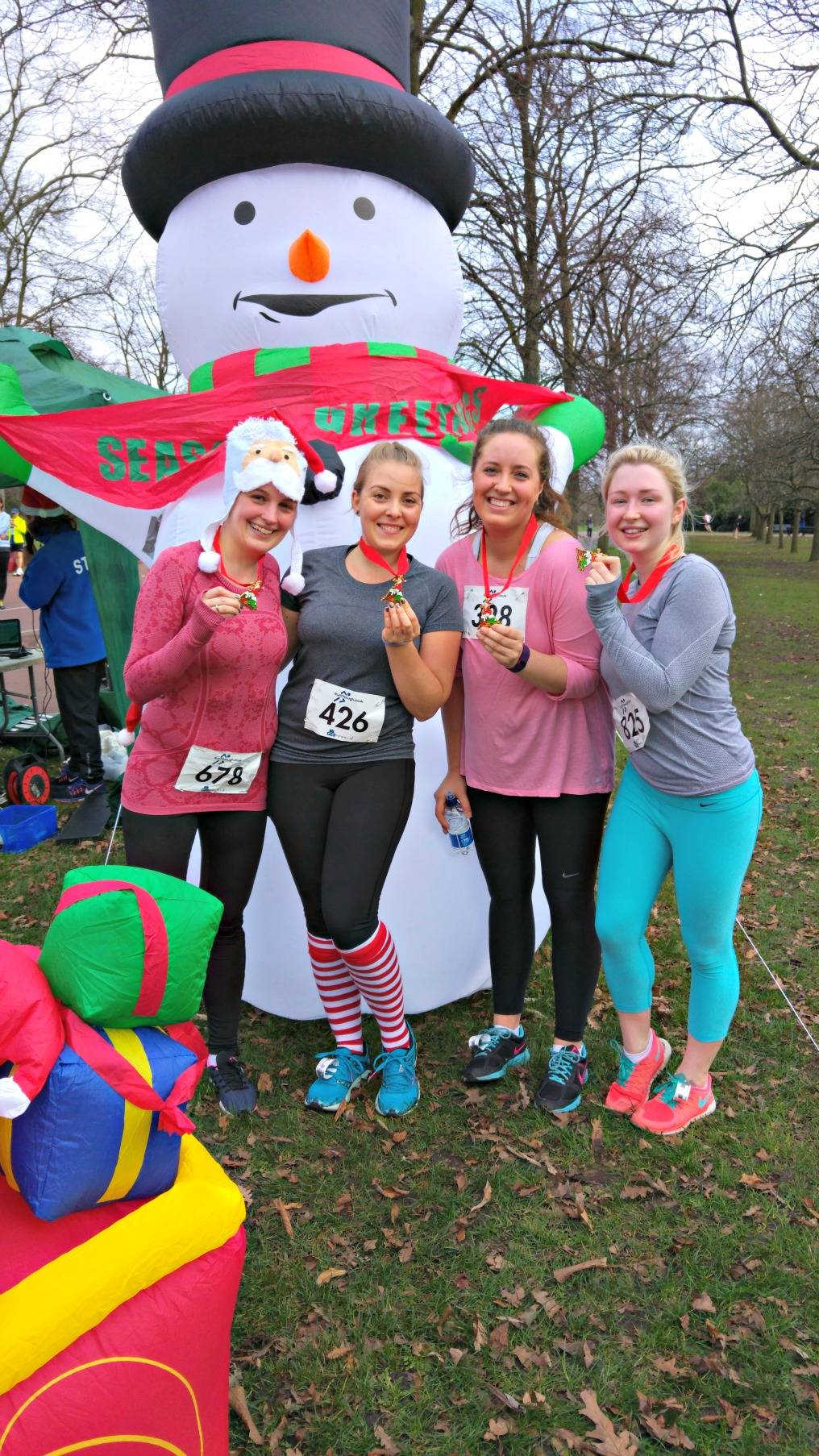 Have you taken part in a Christmas race or parkrun this December? I will hopefully be heading to a New Years Day parkrun too which I’m looking forward to as well.