Hi,
My name is Ben and I am Beki’s younger brother. This is the first time I have ever written anything like this so bear with me!

On Sunday 27th April I ran the Fairoaks Ten with Beki, something I have never done the like of before. I only really started fitness related activities properly when I went to university – taking up Taekwon-do and even archery for a while. However I had never really had an interest in running.

Anyway, to try and put some sort of context to my ramblings, this all started when Beki mentioned she was planning to run the Half Marathon in Windsor in May! To cut a long story short, I volunteered to run it with her partly to try and build my fitness, but mainly as a way to try and spend more time together, seeing as we had struggled to see each other regularly since leaving home, going to Uni and finally entering the world of work! In all honesty we had drifted apart a bit, as people do when they find that they don’t have as much in common as more or the time to spend with one another.
Then my older brother Sam agreed to run the half with us as well!
Now we were a team of crazy runners 🙂
So I started my training plan and things went well, and we agreed to do a practise race before the half
marathon together.
So on Sunday Beki and I travelled to Fairoaks Airport to run the 10 mile course. Having never taken part in a race before I wasn’t sure what to expect but when we arrived everything seemed really well organised. We found the parking ok (this isn’t really a race you can get to via public transport) and picked up our race numbers and timing chips (which had to be worn around your ankle). We then had to wait a bit as we had expected traffic and arrived rather early, not that it mattered.
Once lots of other runners started to arrive some of them began to make me slightly worried that I was a bit under prepared – I had agreed to run 10 miles! The furthest distance I had run in my training runs was 4miles, but as the course was 2 laps of 5miles, I figured I could do the first lap and see how I felt.
There were about 4 “facilities” at the start for people to use, and there seemed to be a fair number of people around although Beki told me that in comparison to some she has run this was quite a small race (68 people ran the 10miles, 135 did 5miles). We agreed that if there were any more people however the toilet queue would have still been going when the race started! 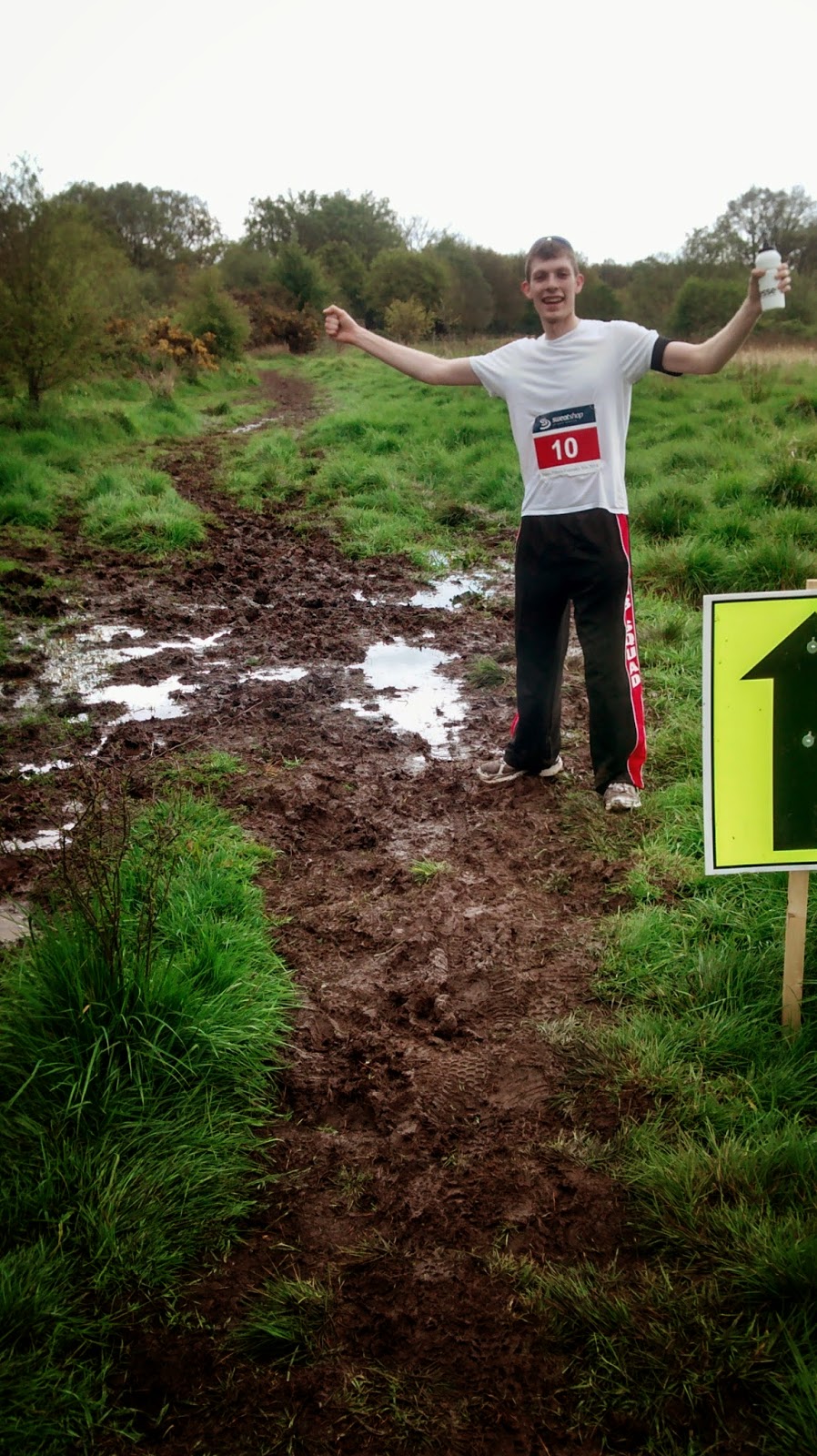 We set off at a comfortable pace allowing for conversation but were quickly overtaken by all the lycra clad experts! There were a good number of marshals on the course, and while one guy did say he wished he’d brought a sandwich when he saw we still had another lap to go (thanks!), most were really encouraging and enthusiastic. 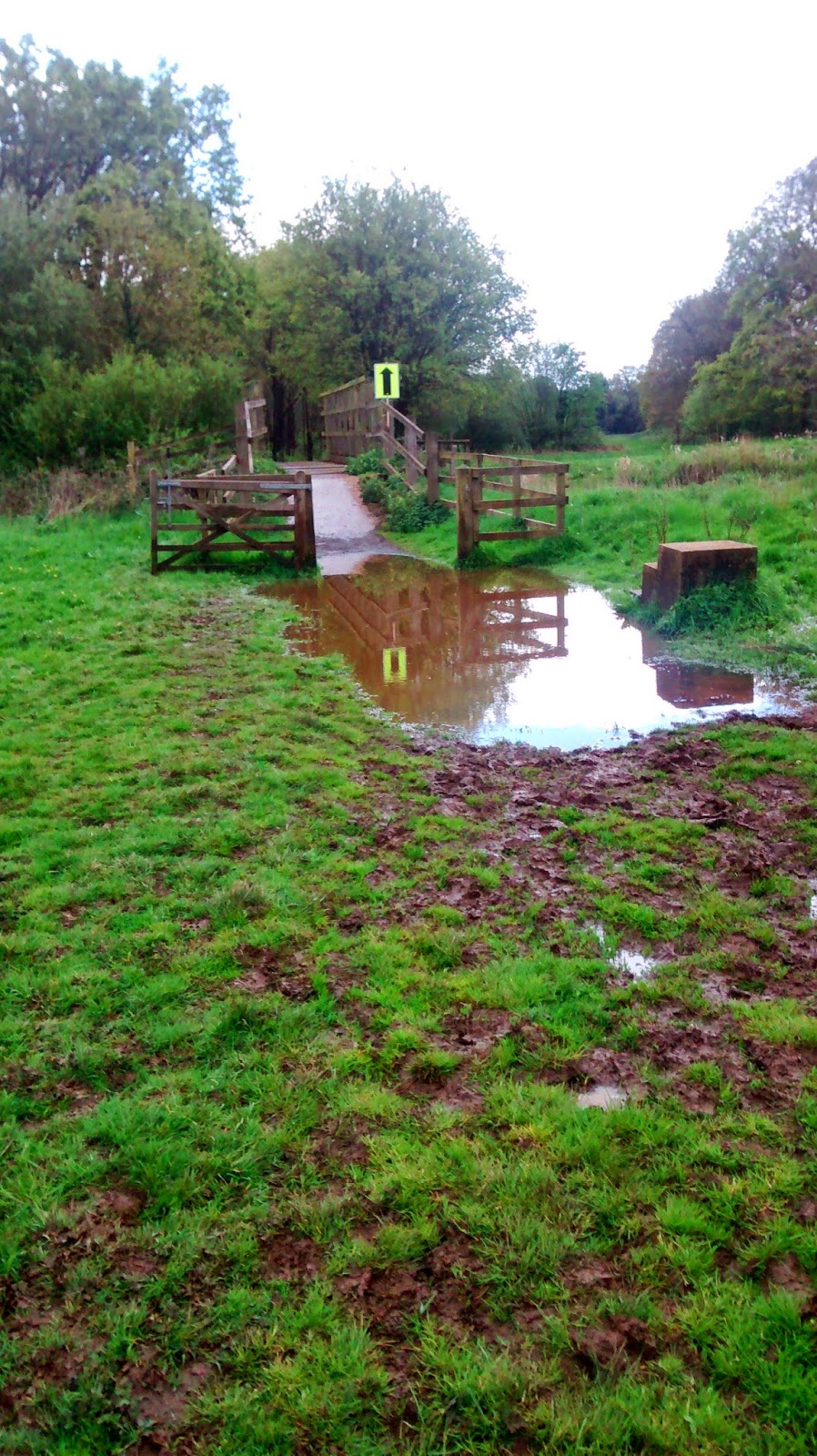 The course itself was a lot more interesting than I was expecting, taking us along trails, through woods and over fields – much more exciting than you’d expect from a race that starts at an airport. 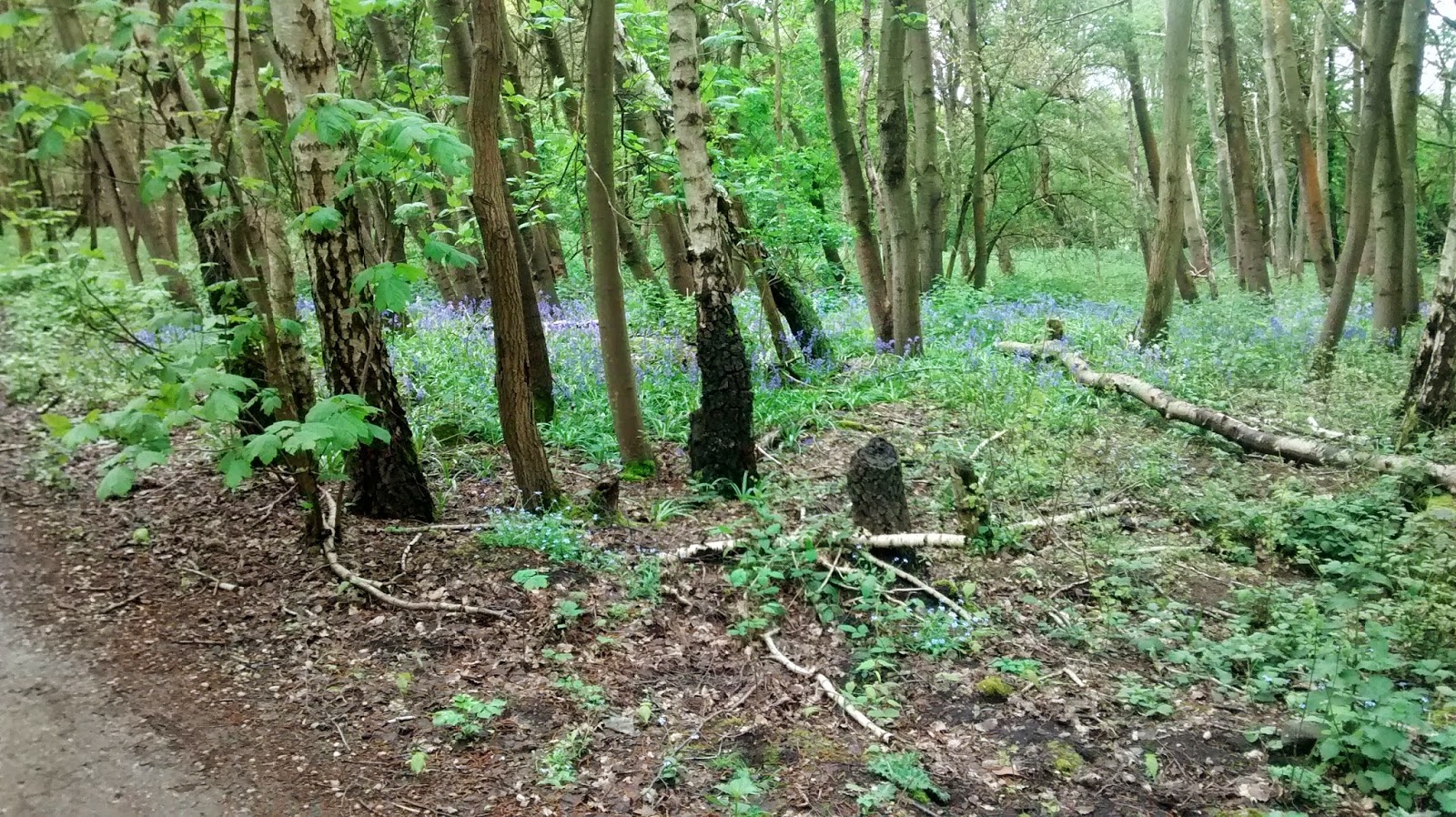 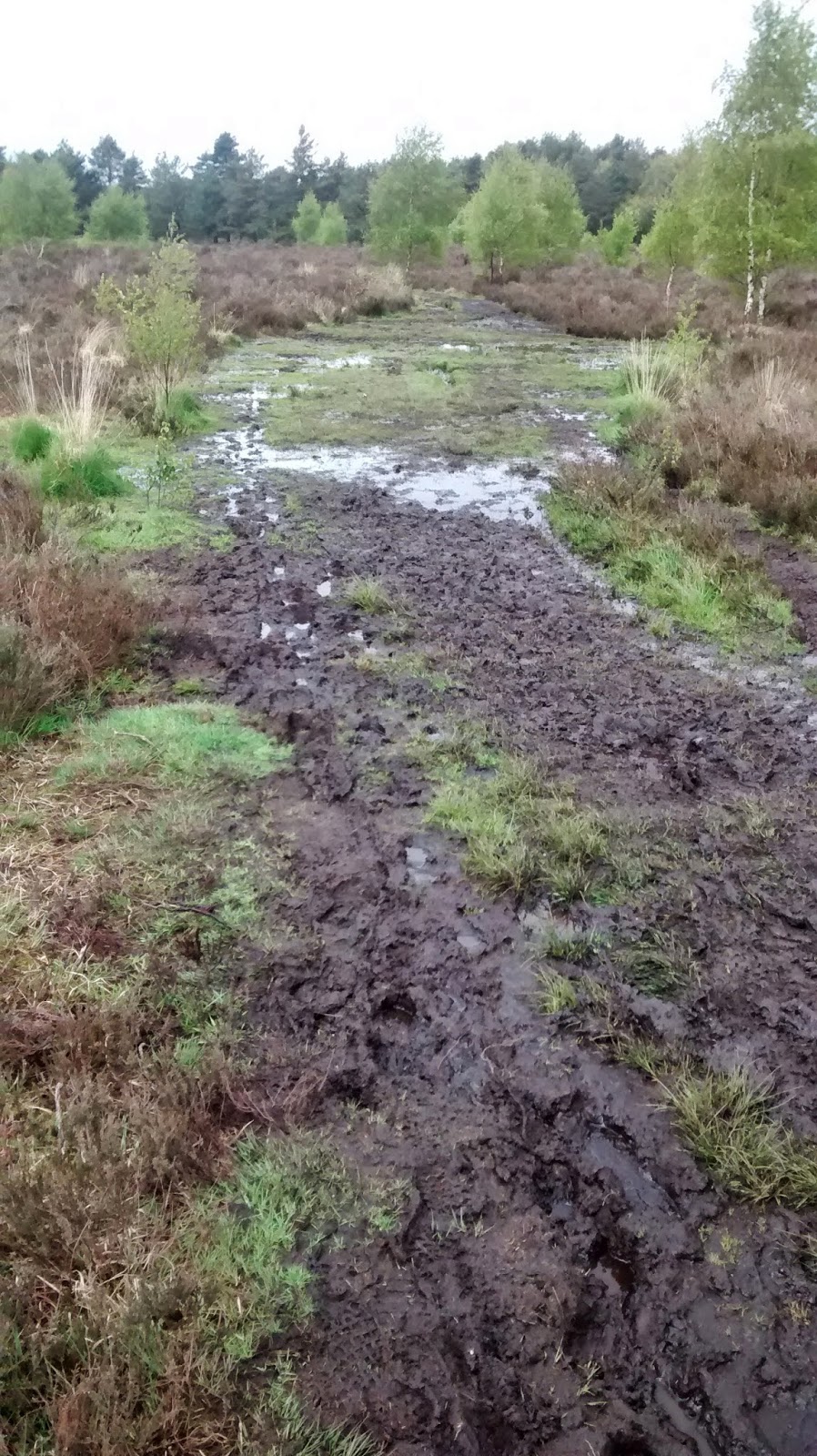 Due to the wet weather in the previous few days, we were slowed a LOT by the surface – there was a small
amount of mud in places! We ended up walking through the really squelchy parts to avoid falling on our faces, and in some areas I’m sure we were actually wading through a stream or bog, rather than running on a trail! Still it all added to the fun, and actually was a really great way to break up the miles- run for a bit, walk through the mud, run for a bit, and repeat… 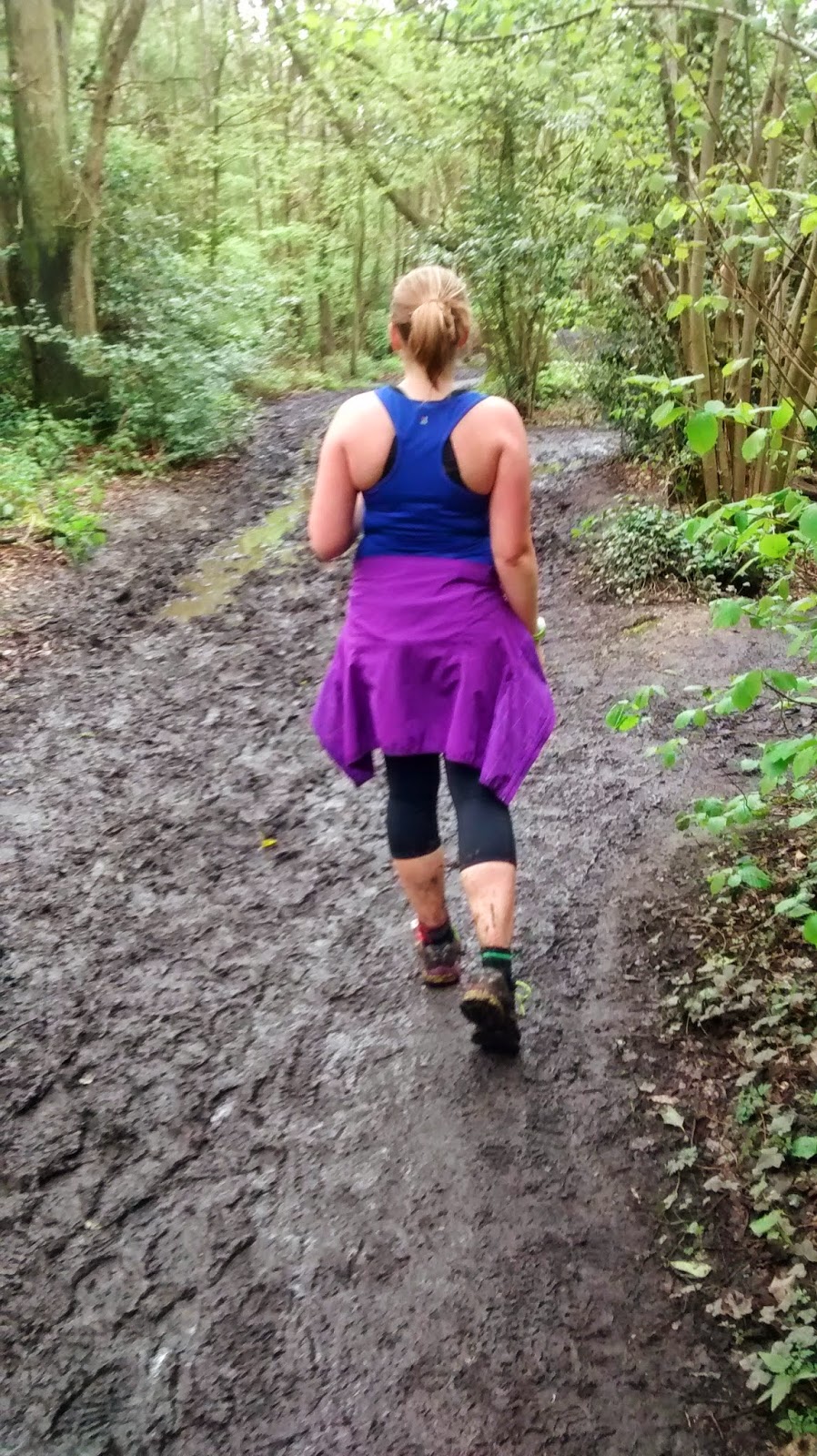 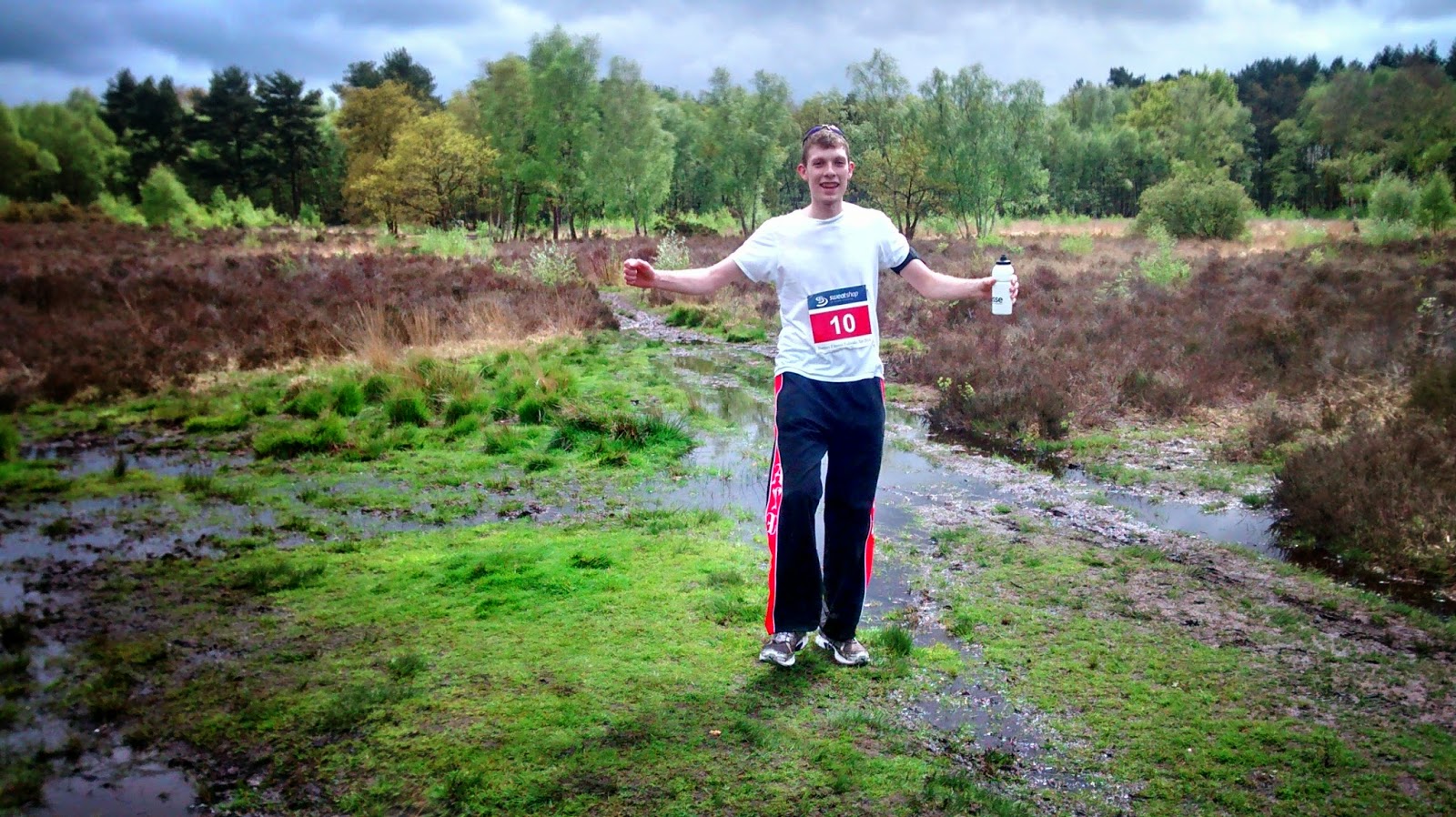 The first lap down, we both opted to keep going and with Beki offering me some Gu gels to try for an added boost, we made our way to the finish.

Despite the wet parts of the course we managed to average just under 13 min/miles to complete the whole 10 miles in 2hours 9mins!! 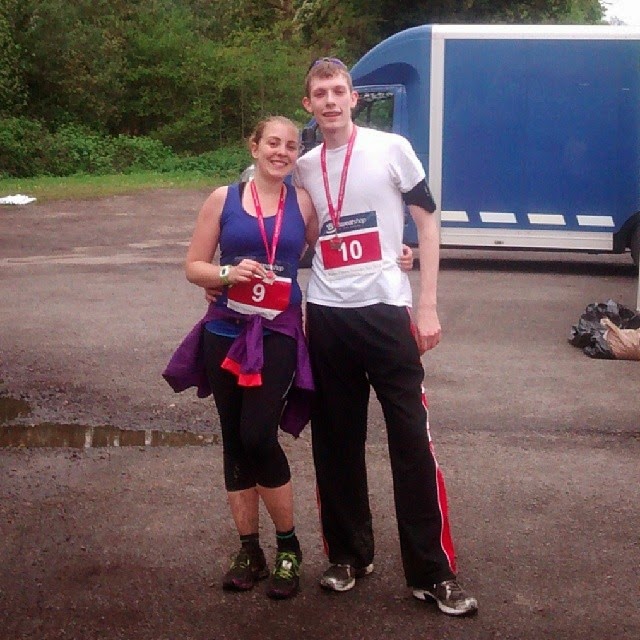 A time that I am very proud of especially seeing as I having never run that distance before, and my first medal! I can see how this becomes addictive 🙂 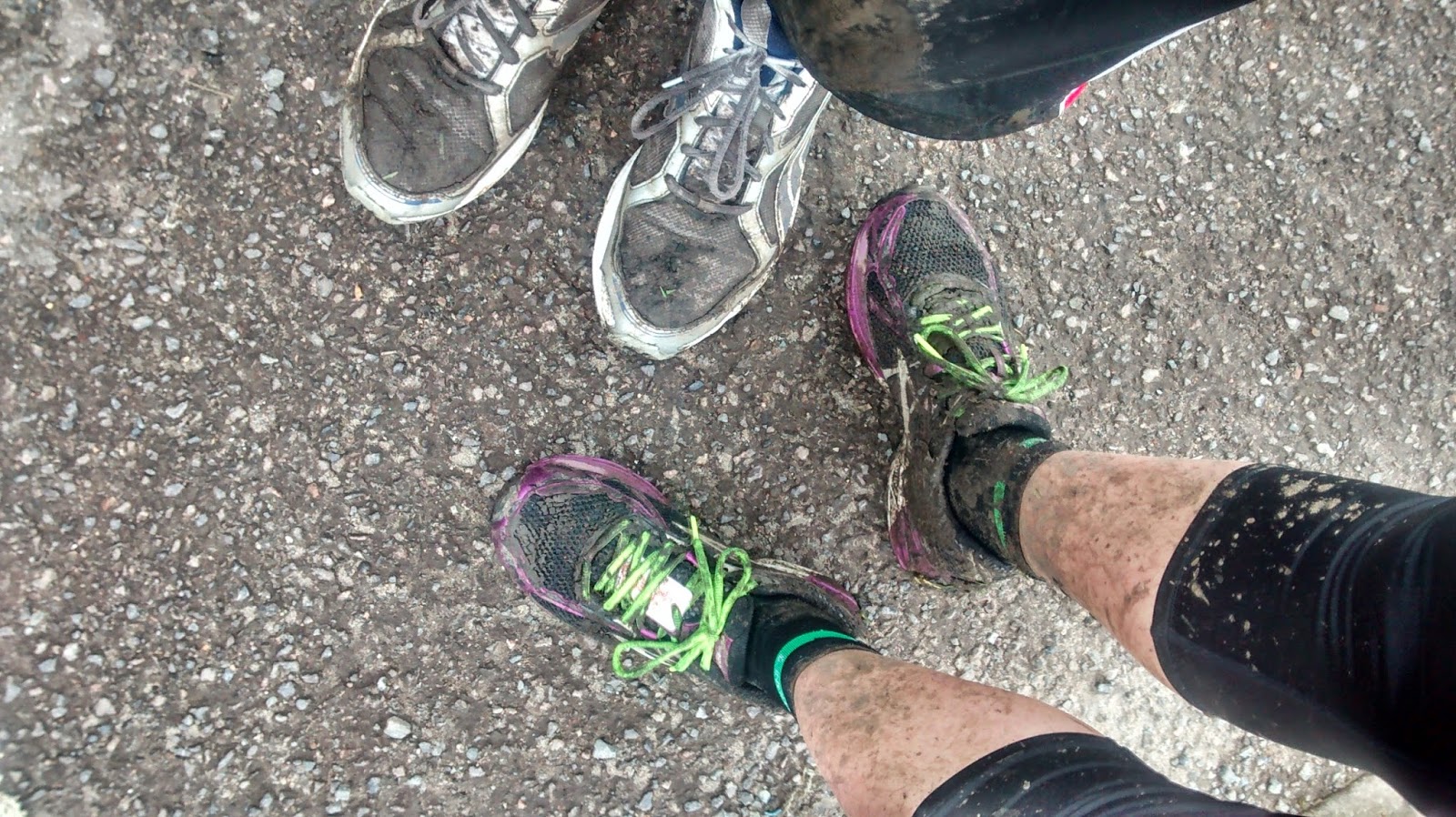 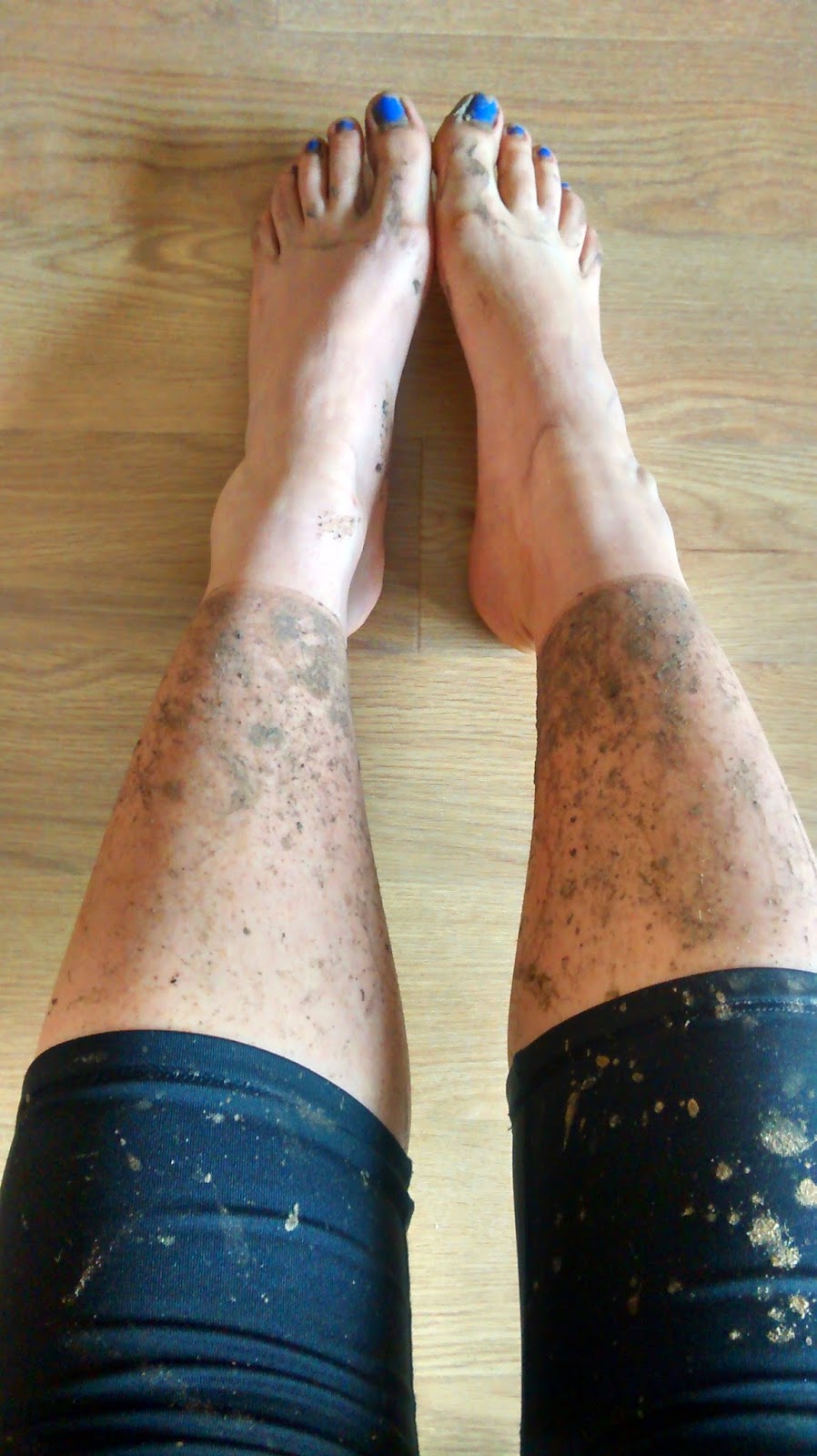 Beki: Thanks Ben for the recap!

After the race my running shoes were completely soaked and very muddy and I had a lovely tide mark from my socks! I actually put my shoes in the washing machine for a quick spin, and they’re now nice and clean again.
I really enjoyed the Fairoaks Ten, and it was great having someone to run with and chat to. Headphones were banned on this race (I guess due to the potential plane hazard?) but to be honest I didn’t miss them, partly as I was concentrating on my feet because of the muddy course, and also because we were having such great conversation!
As an advisory note, I was a little worried before hand about Ben jumping up to the 10mile distance in such a short amount of time- normally an increase of that nature would be discouraged (10% per week is the advised amount) but he was adamant he wanted to complete it, and as we were doing a lot of walking it seemed ok. We both stretched lots after the race and he tells me his legs are pretty well recovered 🙂
I think apart from anything it was a massive confidence boost to complete the distance, and makes the challenge of a Half Marathon seem a little more achieveable! I definitely feel that way! And hopefully as he enjoyed the experience, this may be the start of many more races together 🙂
How do you feel about running through mud? What do you love about running with other people?
Beki x
Share on
Previous Post Next Post