Race number two of my Geneva race-cation was as part of Team Naturally Run 1 in the Relay Marathon!

Burgers the night before meant we were well fuelled… 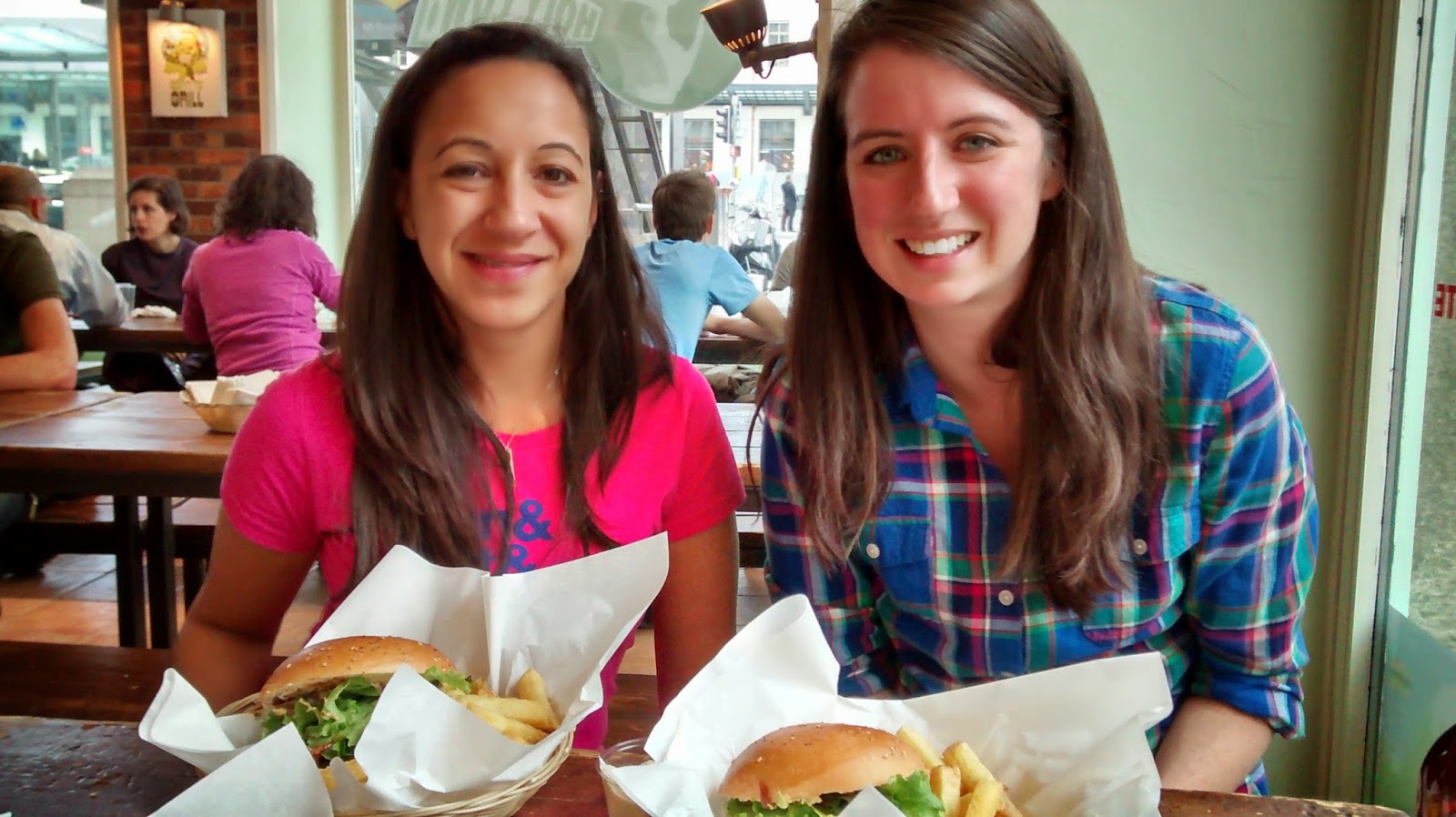 and I enjoyed my runners breakfast “Swiss-style” in the hotel room before heading out (replace peanut butter with nutella, and a bagel/toast with croissants – nice!) 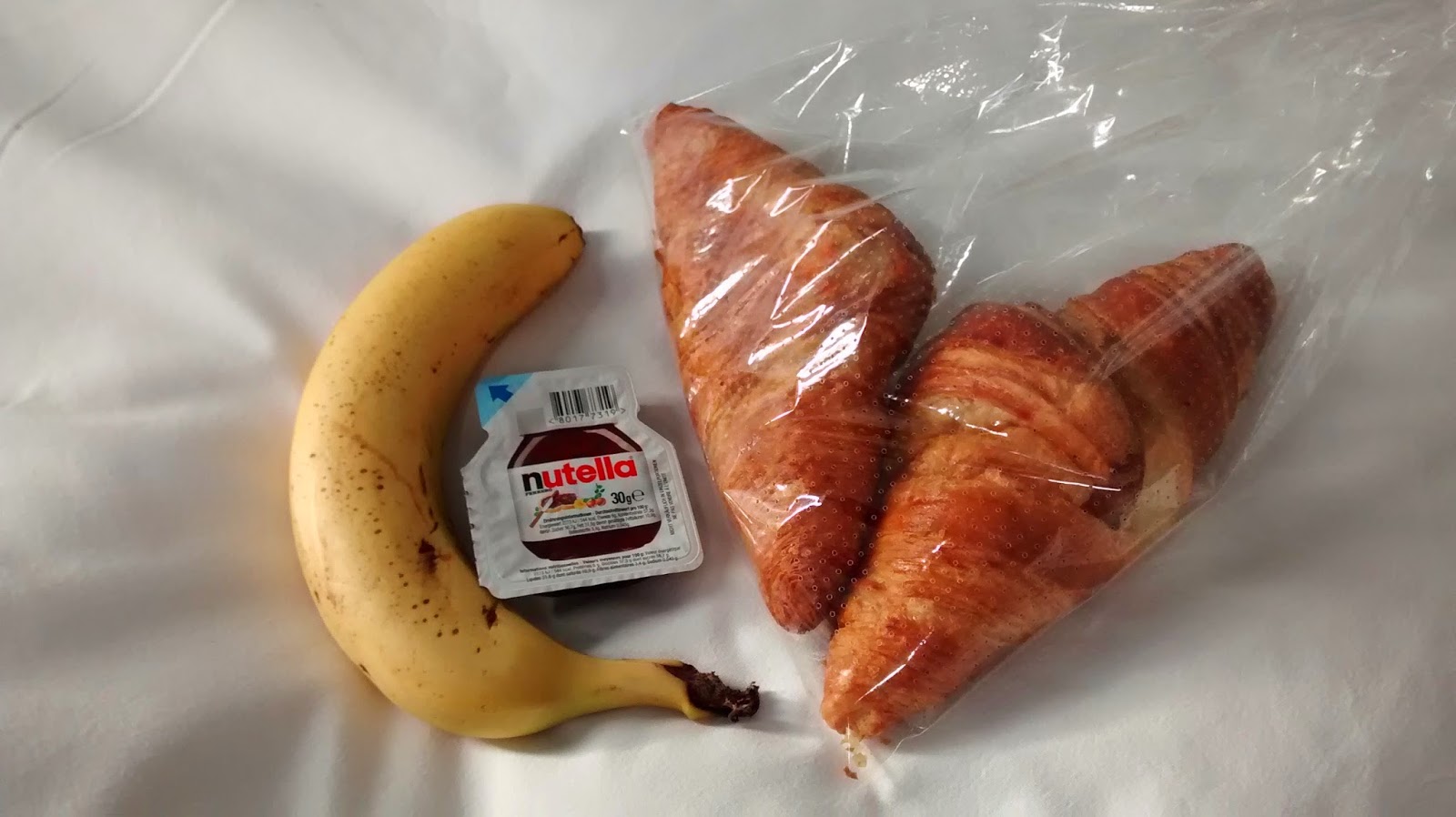 The race logistics were really well organised and things went smoothly for our teams, the timings were just a little tricky.

All runners had to make their way to a Park&Ride stop just outside Geneva (easy to get to by bus from our hotel) where there were shuttles which would transfer the runners to their relay points.

As I was the last runner I didn’t have to leave my hotel until 8:45am, then the shuttle departed at 10am, arriving at our relay exchange point about half an hour later. 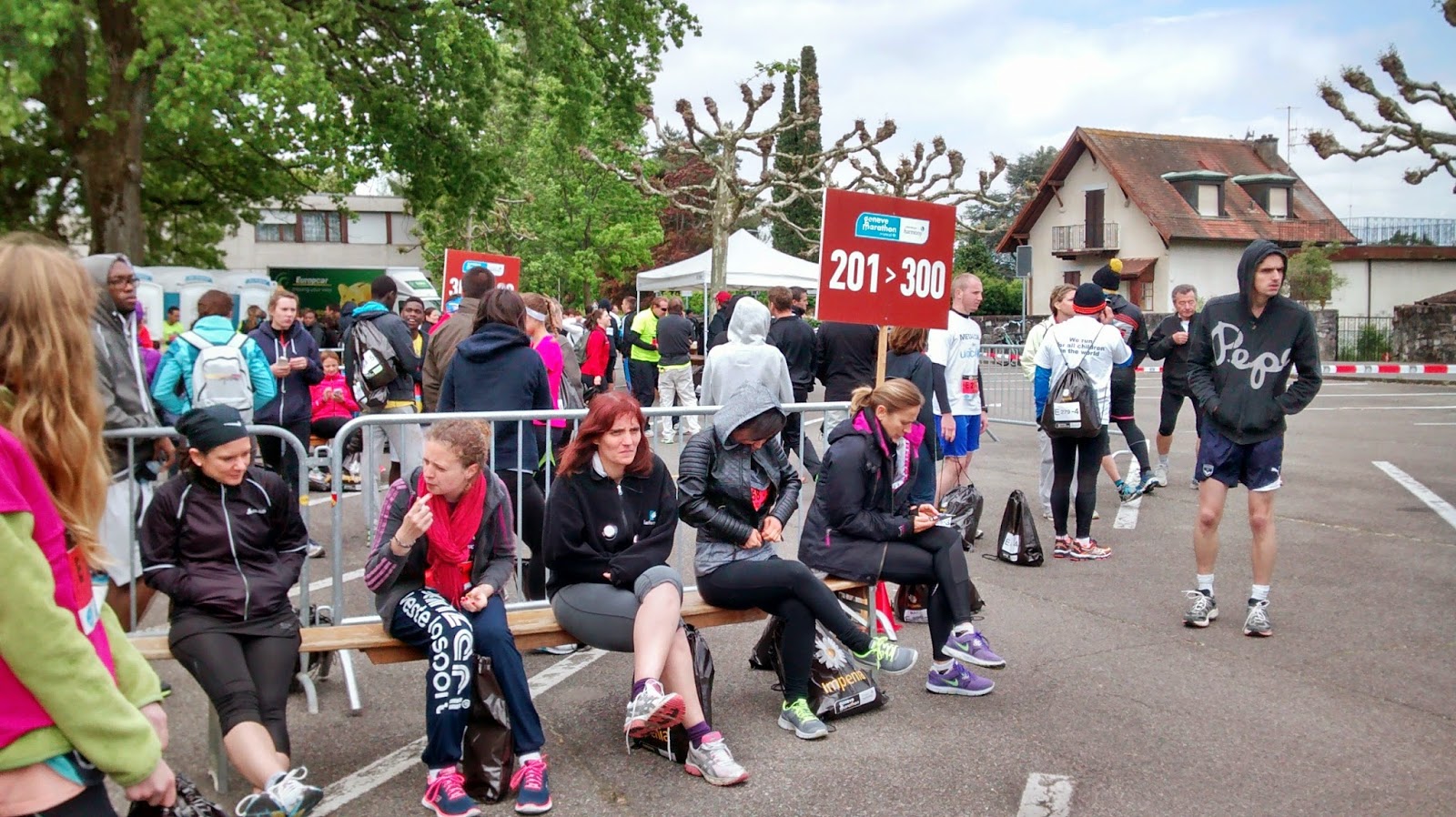 This meant we had quite a lot of waiting around to do, and some people were really unprepared for 2hours standing in the cold and wind. The weather definitely played a part; it would have been much nicer if it had been sunny and hot, but the lack of shelter was a challenge. There were portaloos at our waiting point fortunately, and we kept ourselves amused (and warm) by cheering and clapping the marathon runners who passed us by. 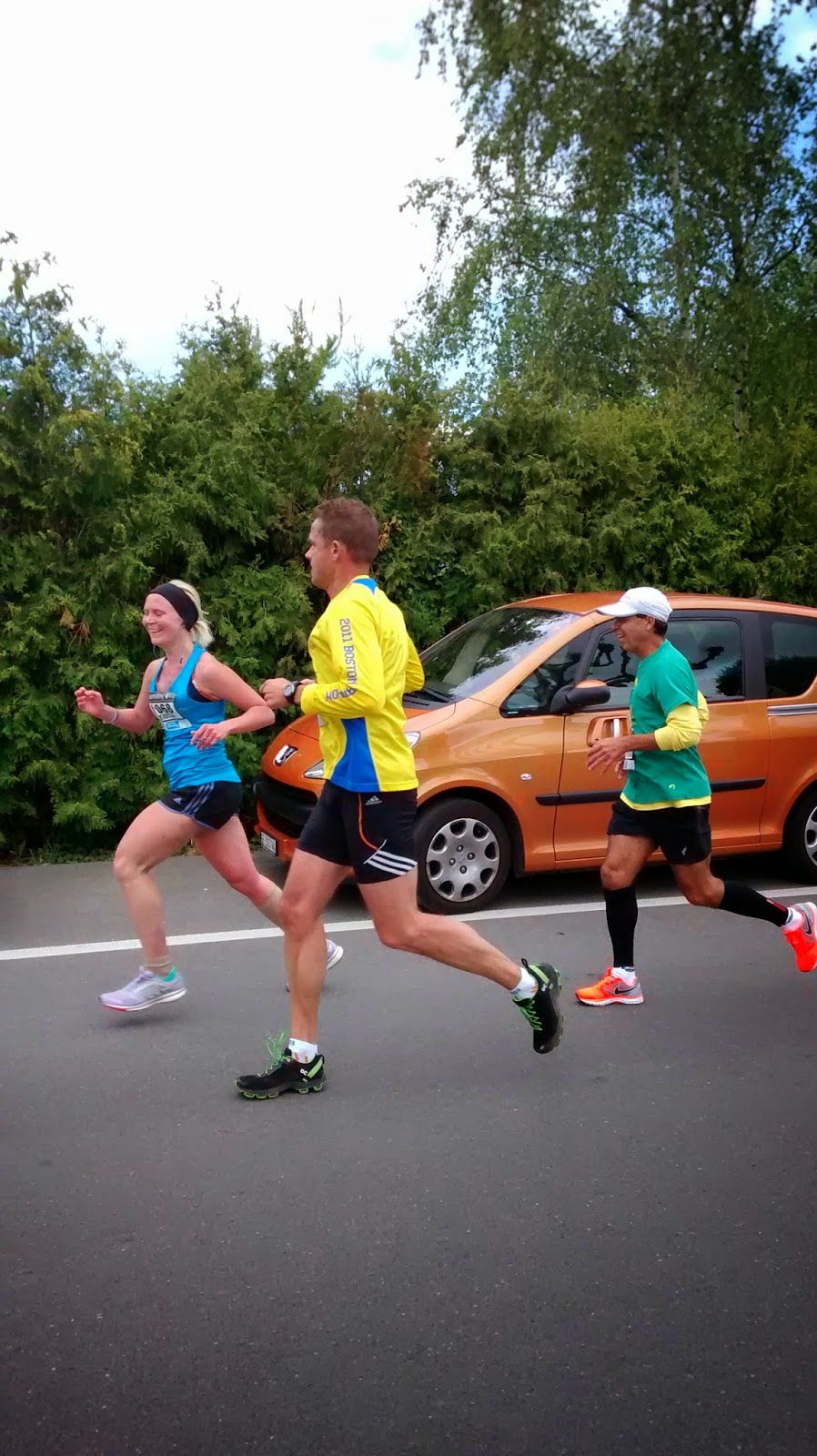 I managed to snap this shot of TNR member Speedy Becs dashing past! She finished in 3:30- awesome effort!

Another point to mention is that the “bag drops” were not really bag drops, and while we had been advised to hand our bags to the next relay runner to collect when we arrived this was overly complicated. I would recommend taking your own bag with layers, food, water etc that you can keep with you while waiting and then pass onto the previous runner when they arrive. They can then take your bag to the finish for you to collect when you’re done running, and you can stay warm and well fuelled throughout the wait!

This is what I had to do anyway, as I was running Relay Legs 5 and 6, so couldn’t pass my bag onto myself to collect! 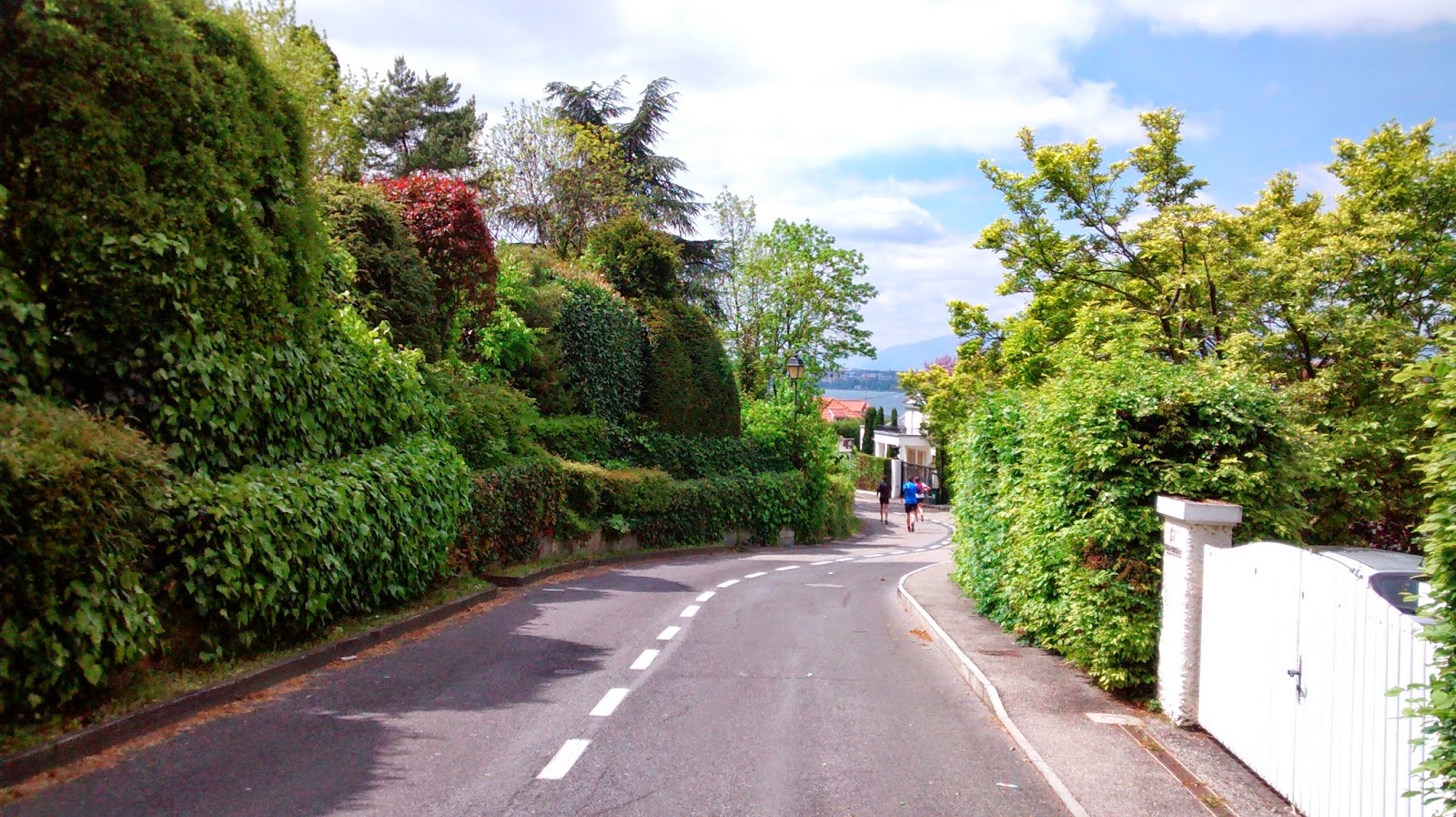 My portion of the relay totalled a distance of 11.9km or 7.5miles, and although I started off with cold and stiff legs due to the waiting, the course immediately headed downhill towards the lake which was a nice way to begin and allowed me to get warmed up. The sun came out too, and it actually got quite hot so although I started running with my jacket on, I took it off pretty quickly. 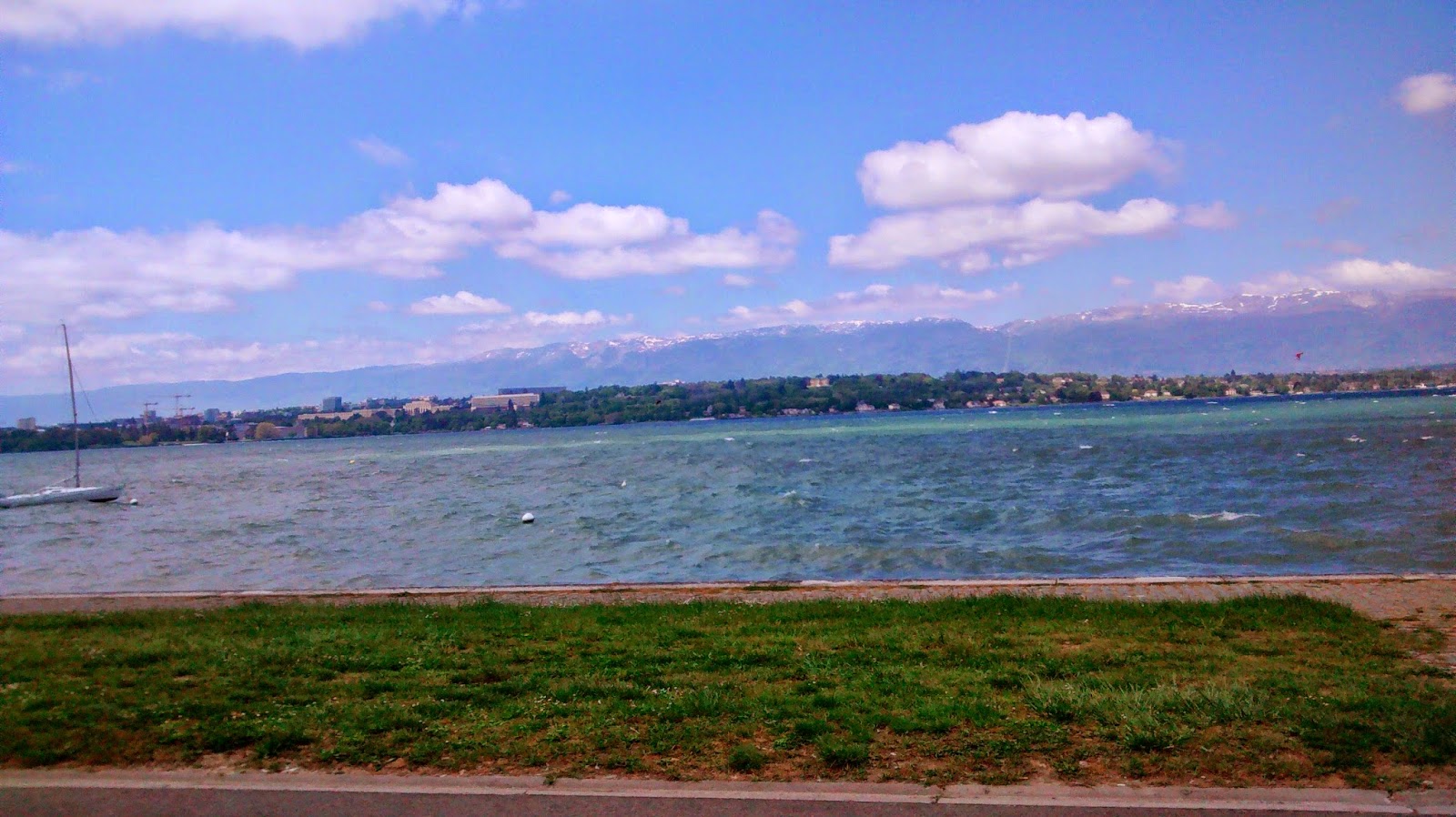 We headed through winding streets, past a fuelling station which I skipped having only just started running, to the lake. The roads were closed and there was good support as we got into Geneva, although the runners who ran the more rural legs said it was pretty quiet. 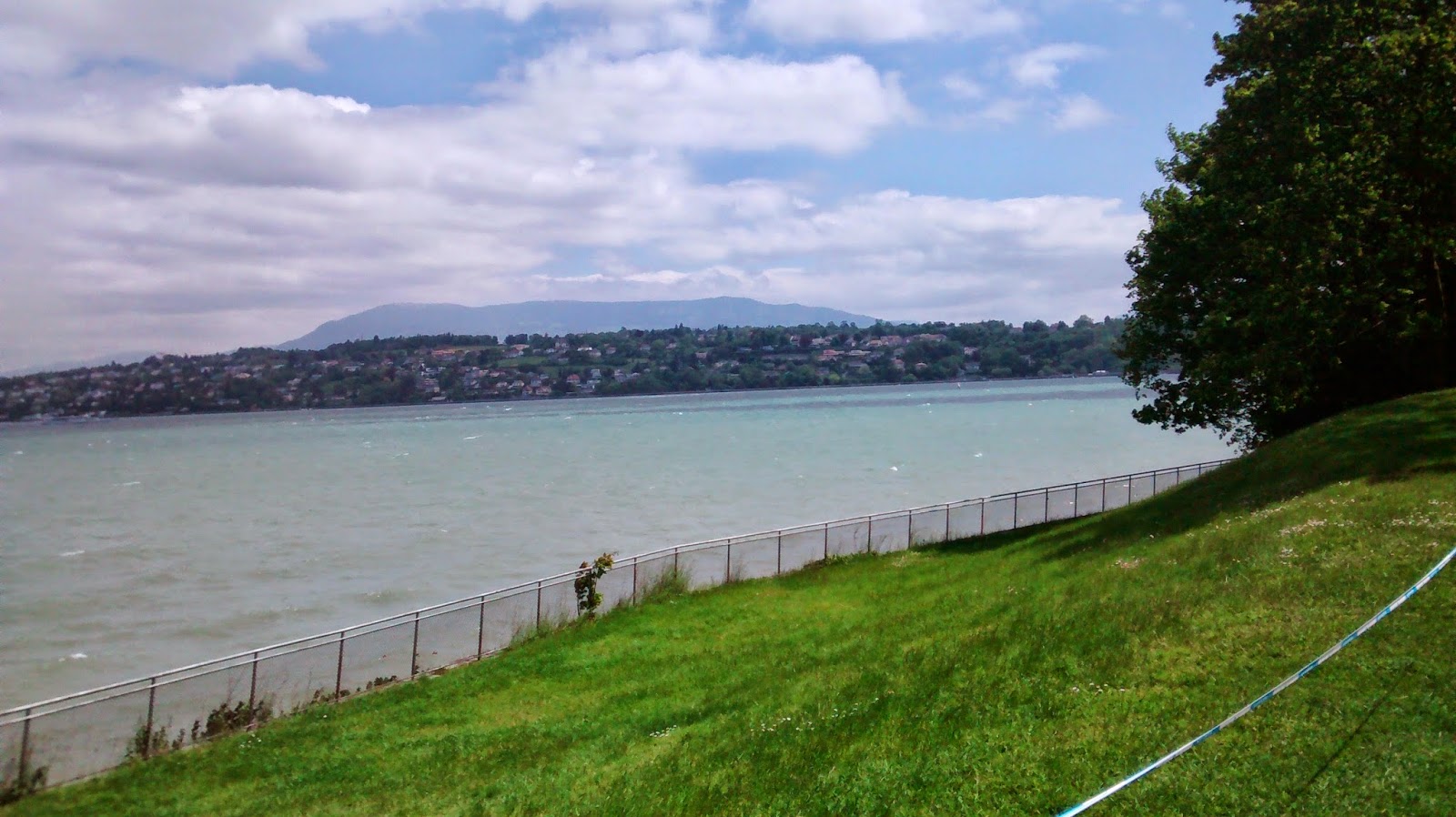 I loved the 5th leg with it’s gorgeous views and flat terrain, but as we entered the city centre the route twisted, turned and doubled back on itself before heading up a hill and out along the lake again. It felt like an age before we finally turned around and began making our way towards the finish line, but surrounded by marathoners in the final miles of their challenge, I really couldn’t complain! 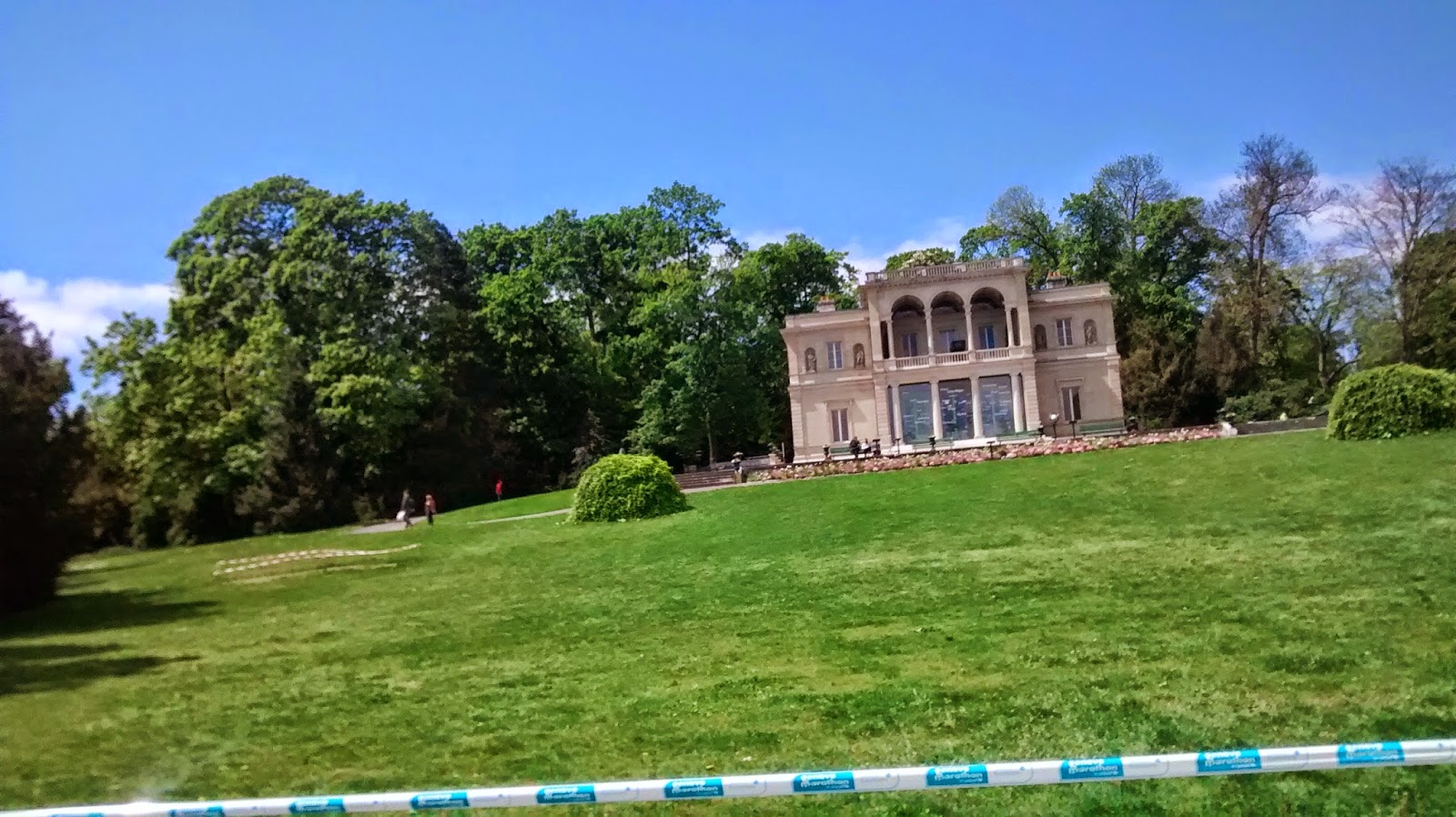 It was actually pretty emotional to see them struggling on and pushing to get to the end, with family members cheering alongside, or even cycling beside one guy. In a weird way I felt I didn’t deserve the cheers having only run 7 miles compared to their 26, and the fact that I was running so easily (relatively) past them. 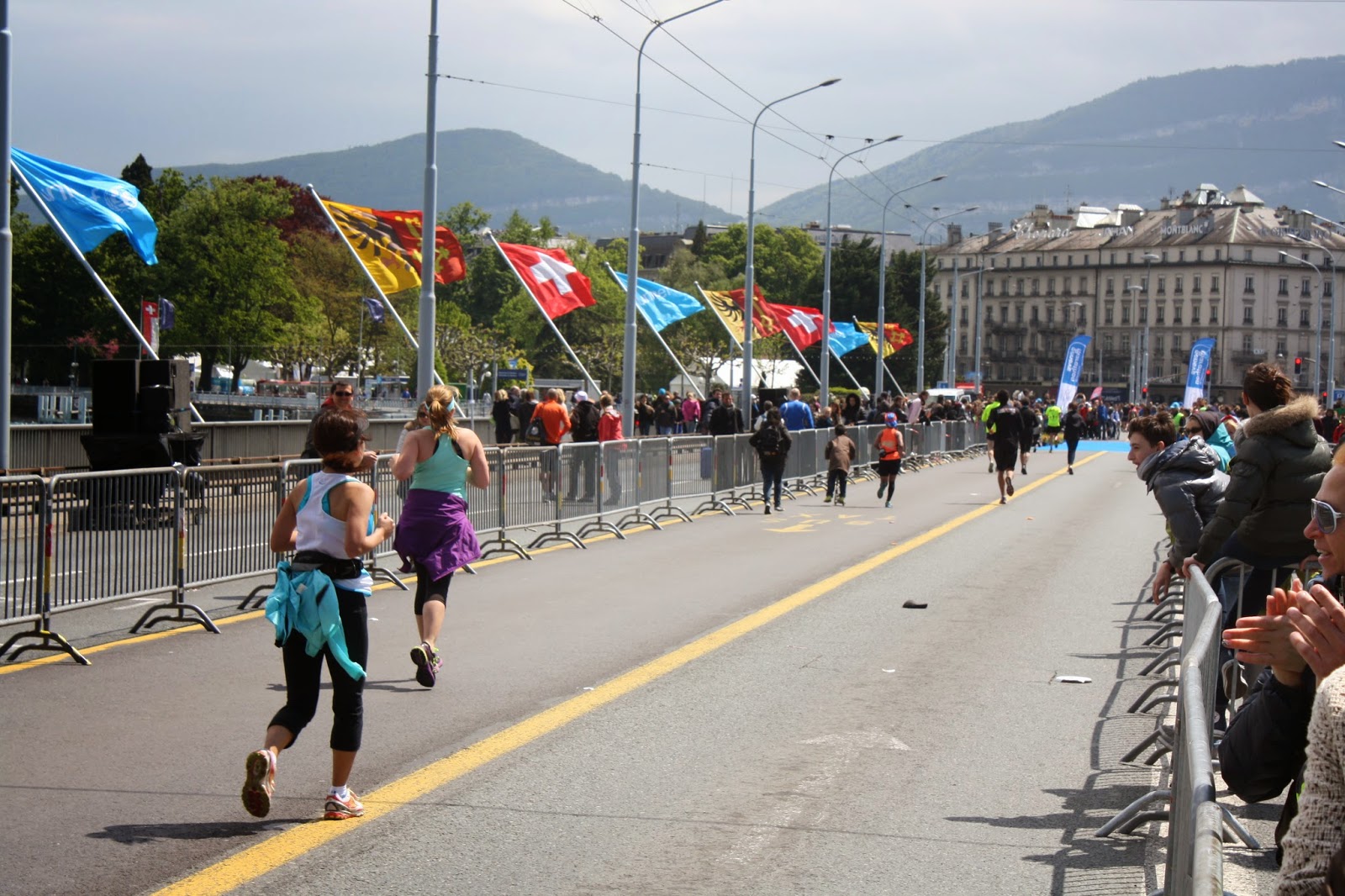 All the same, I high-fived some kids as we approached the finish line and took my headphones out to listen to the live bands along the route. The finish line kind of crept up on me, with no archway or banner, just a blue carpet along the road. 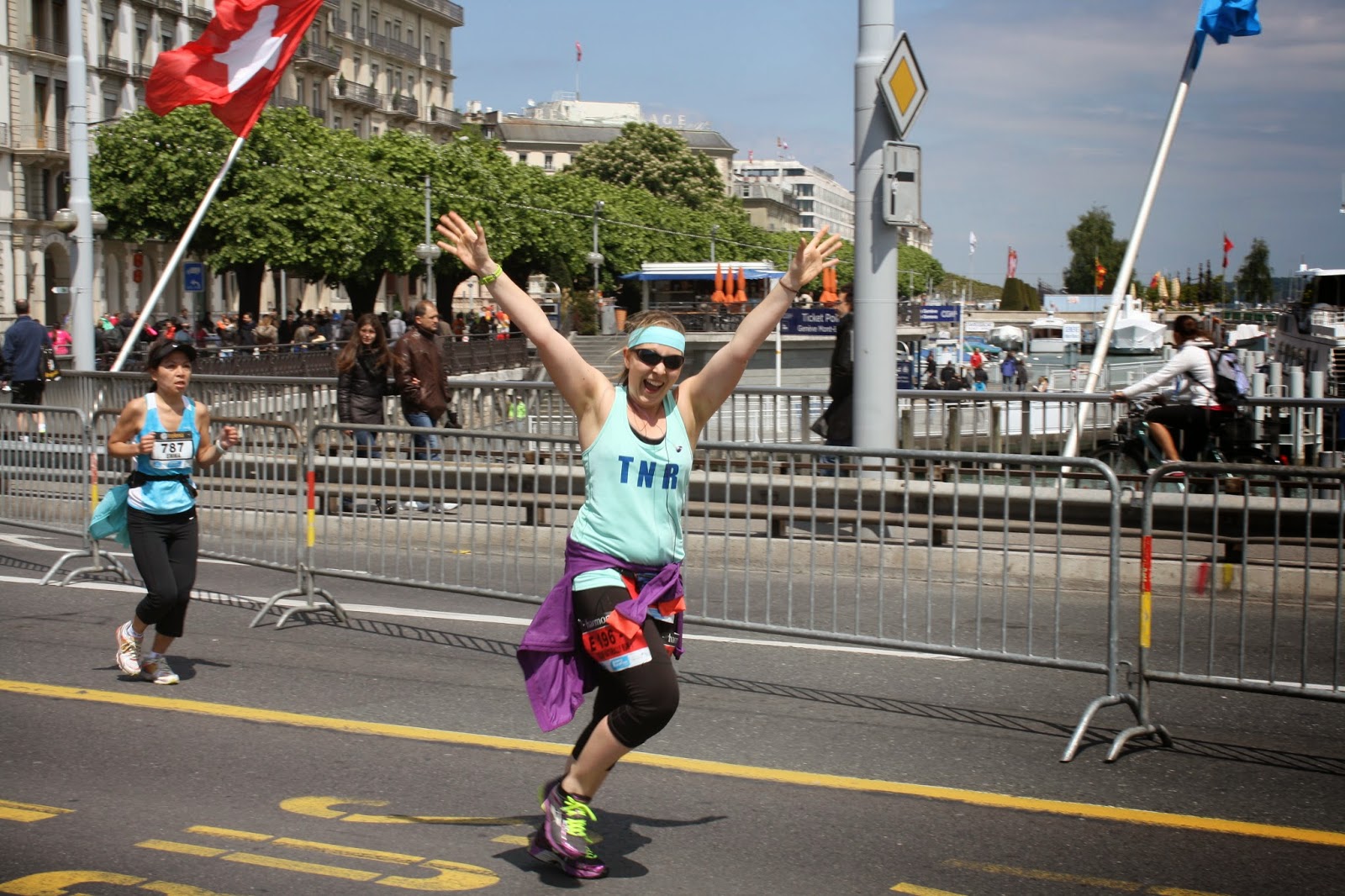 As I came around the corner onto the final straight I caught sight of Leah and Jason (the official team photographer, ha) and waved madly. The photos show how ridiculously excited I was to be running and to have all my friends cheering for me, the rest of “Team Naturally Run Relay 1” already at the finish waiting. 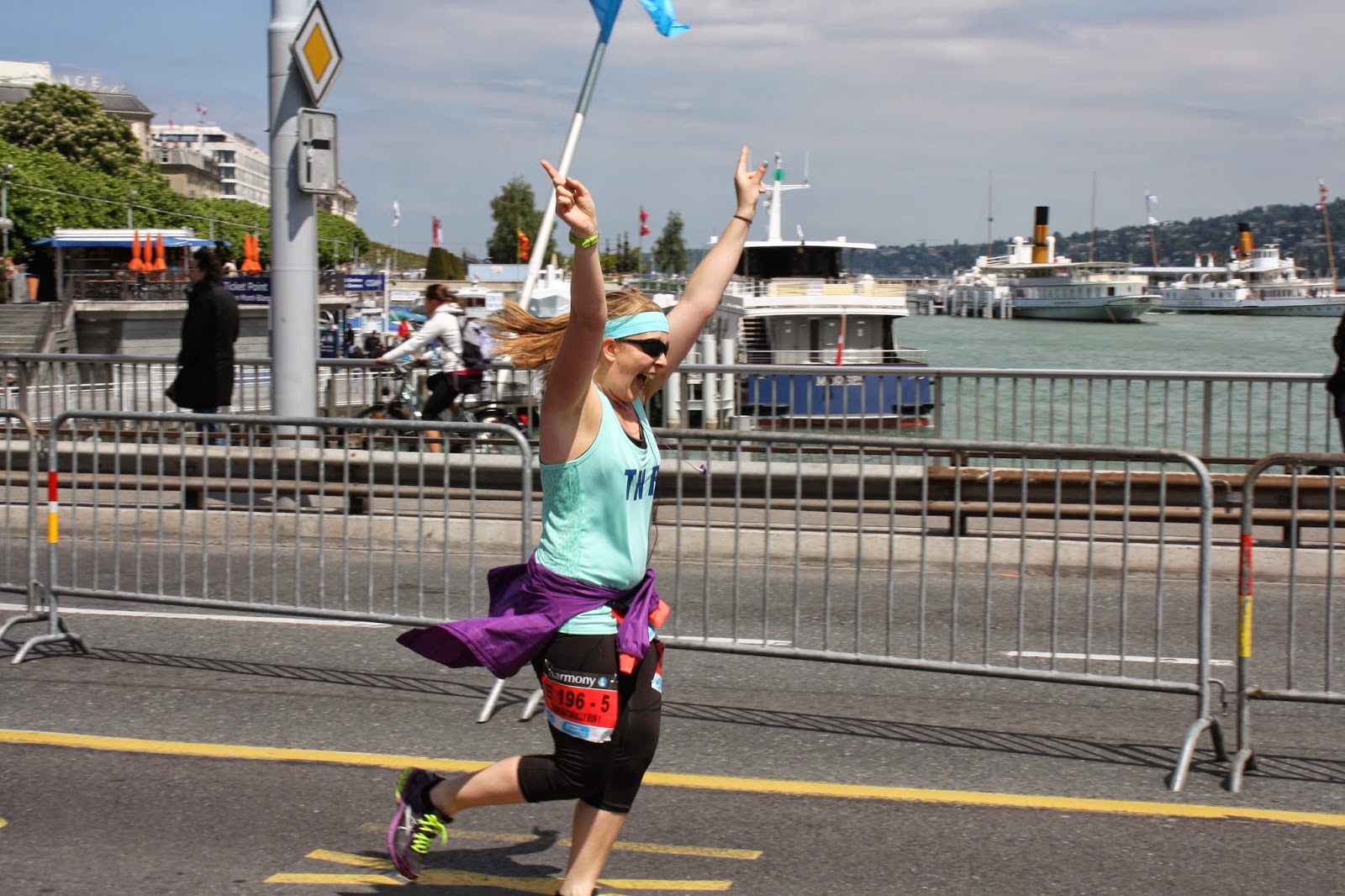 So I made sure to give a finish with the energy of 4 people! 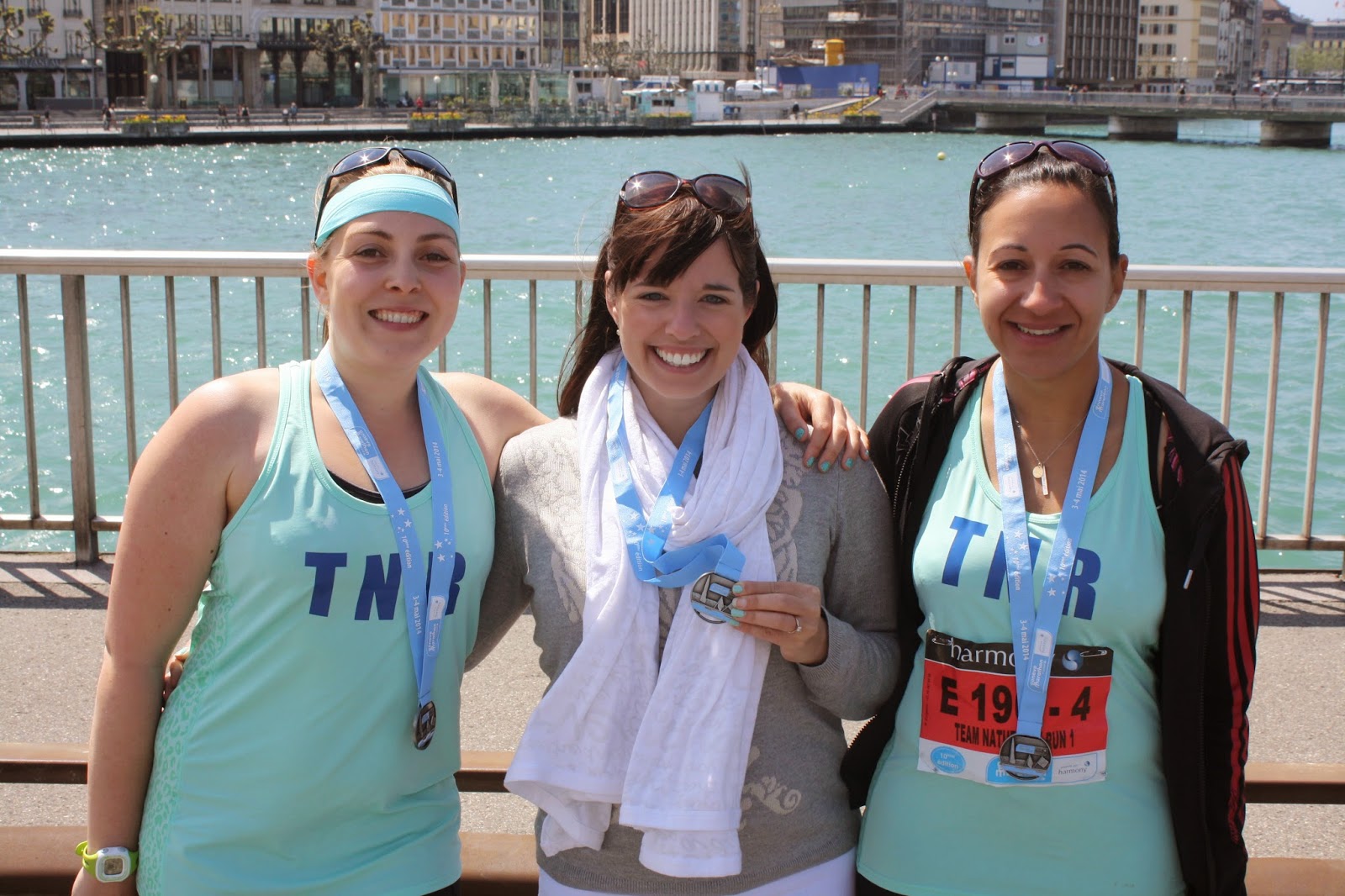 And after collecting medals for everyone, joined my team (minus Lissy) for a group photo. Medal number two in the bag! 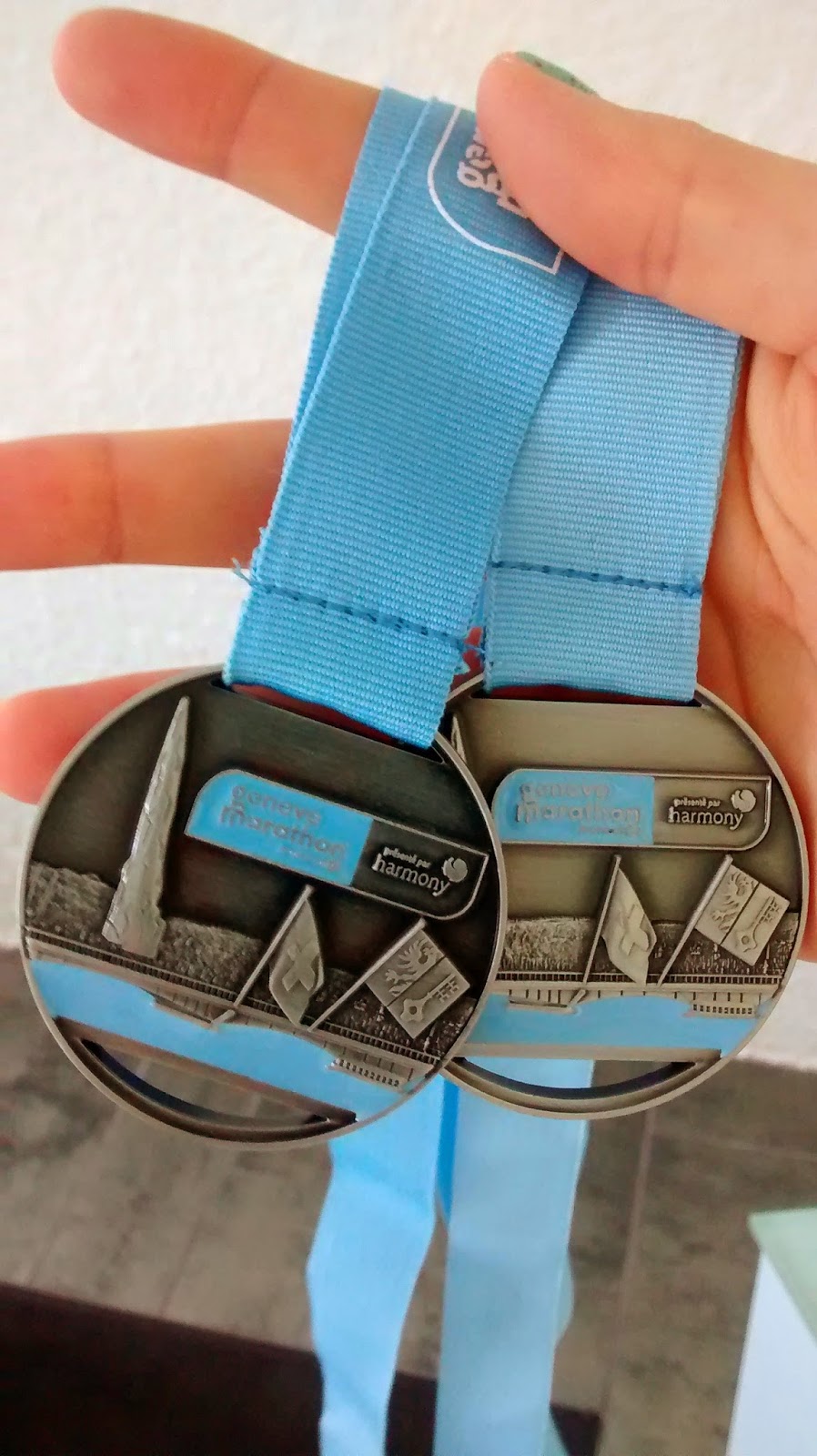 Both the medals are the same, only the marathon medal was different (black and larger) so I may get them engraved so I can remember the two races they were for. Not that I’m likely to forget anytime soon!

In fact as you can see from my splits, the first few miles were very quick for me, although that was probably because of the elevation! 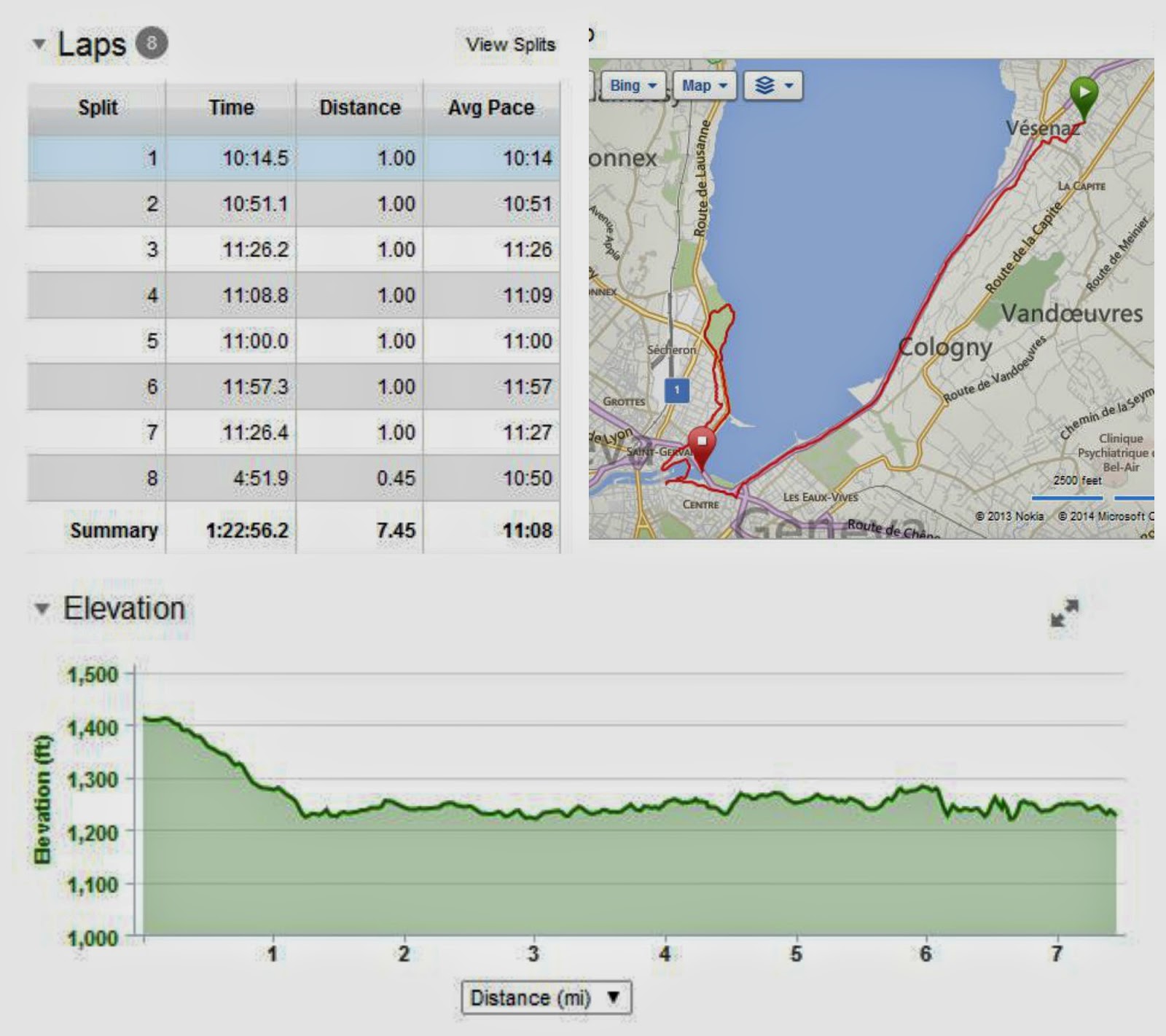 After a shower and some food, all the runners (marathoners, half marathoners, relay marathoners…) regrouped in a local pub for drinks and celebrations. 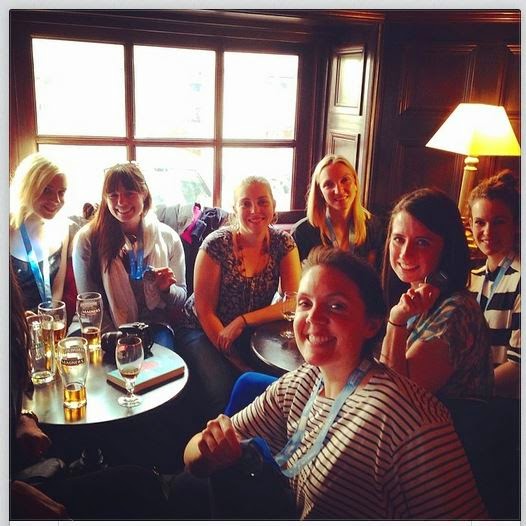 It’s really hard to put into words exactly how much fun I had during this weekend! It was exactly what I needed with only 3 weeks until my first half marathon, and starting to panic and feel anxious. The break was good, I love exploring new places, and I feel like I’m closer and better friends with all of these awesome ladies 🙂 The running itself was great, fun and while not easy, enjoyable and beautiful. What more could you ask for?! 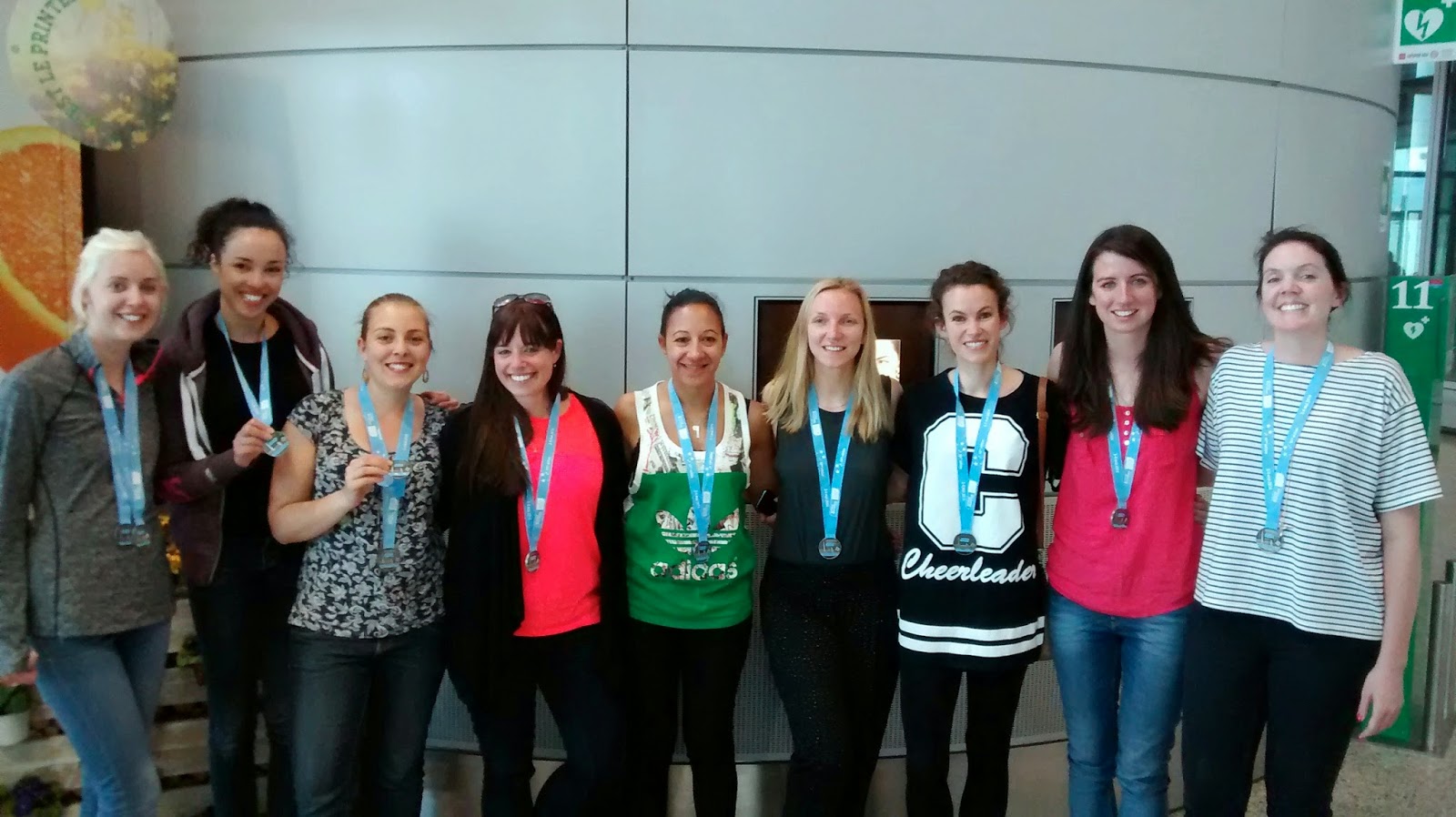 Except perhaps, when’s the next one?!

Where would you go for a racecation? Have you ever taken part in a team race? Despite the waiting around, I loved the team atmosphere and group sense of accomplishment.