I’m not a natural public speaker. If I’m asked to stand up in front of people and give a speech I’m likely to feel panicky, my heart will start racing, I will talk really fast and afterwards will tell everyone I did a terrible job and they should ask someone else next time!

So when Ordnance Survey asked me to present at Countryfile Live as one of their #GetOutside Champions I almost ran a mile. However, despite my natural reaction being to decline, I decided that this year I’d say ‘Yes’ to opportunities that make me feel a little anxious, and push myself out of my comfort zone. That’s how I’ve ended up completing physical challenges such as half marathons, Tough Mudders and 100 mile bike rides, so why not apply it to personal development skills too?! 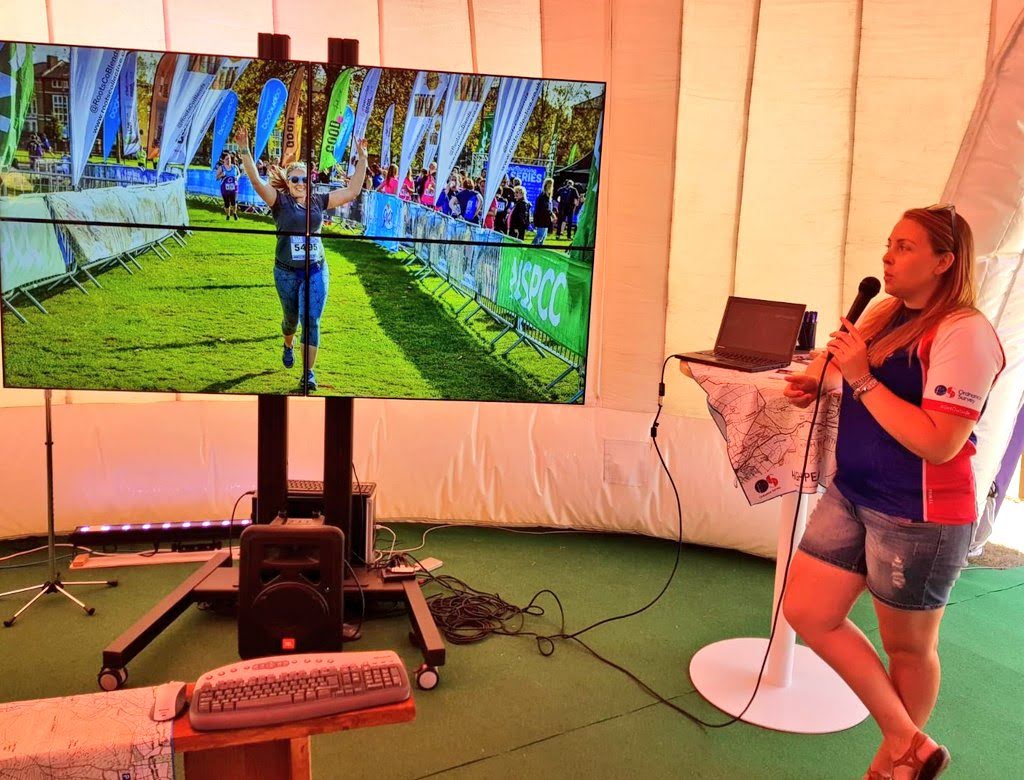 So I summoned up the courage to talk for about 10 minutes in the Ordnance Survey tent at Countryfile Live, stuttering my way through and making most of it up on the spot. I felt awful afterwards, but also proud that I’d accomplished something new, and I apparently wasn’t that terrible because a few months later I was invited to speak again at the South West Outdoor Festival down in Devon..

This time around I actually wrote some notes and listed the key points that I wanted to cover, so when I stood up in front of a slightly larger audience I felt more prepared. I managed to talk for about half an hour this time, and amazingly even had people asking me questions afterwards which was a great confidence boost – if people are genuinely interested in what I’m saying then I must be doing something right! 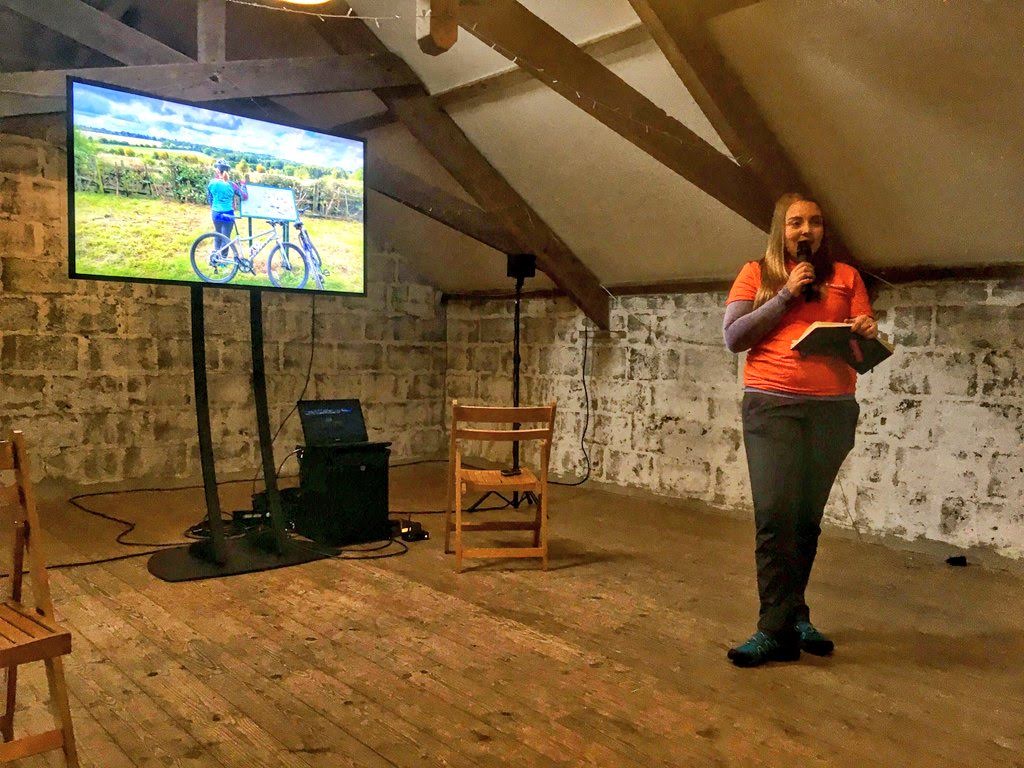 Then yesterday afternoon I headed over to the BBC Three Counties Radio studios in Dunstable for my 15 minutes of fame on the Nick Coffer show. Again, he wanted to chat about my experiences as an asthmatic outdoor adventurer, and being an Ordnance Survey GetOutside Champion. Having never spoken on the radio before it was a slightly nerve-wracking experience, but I think I did ok – I haven’t actually listened back to myself yet (hearing your own voice is strange!) but I had lots of lovely positive messages from people who did tune in, and not just my Mum! 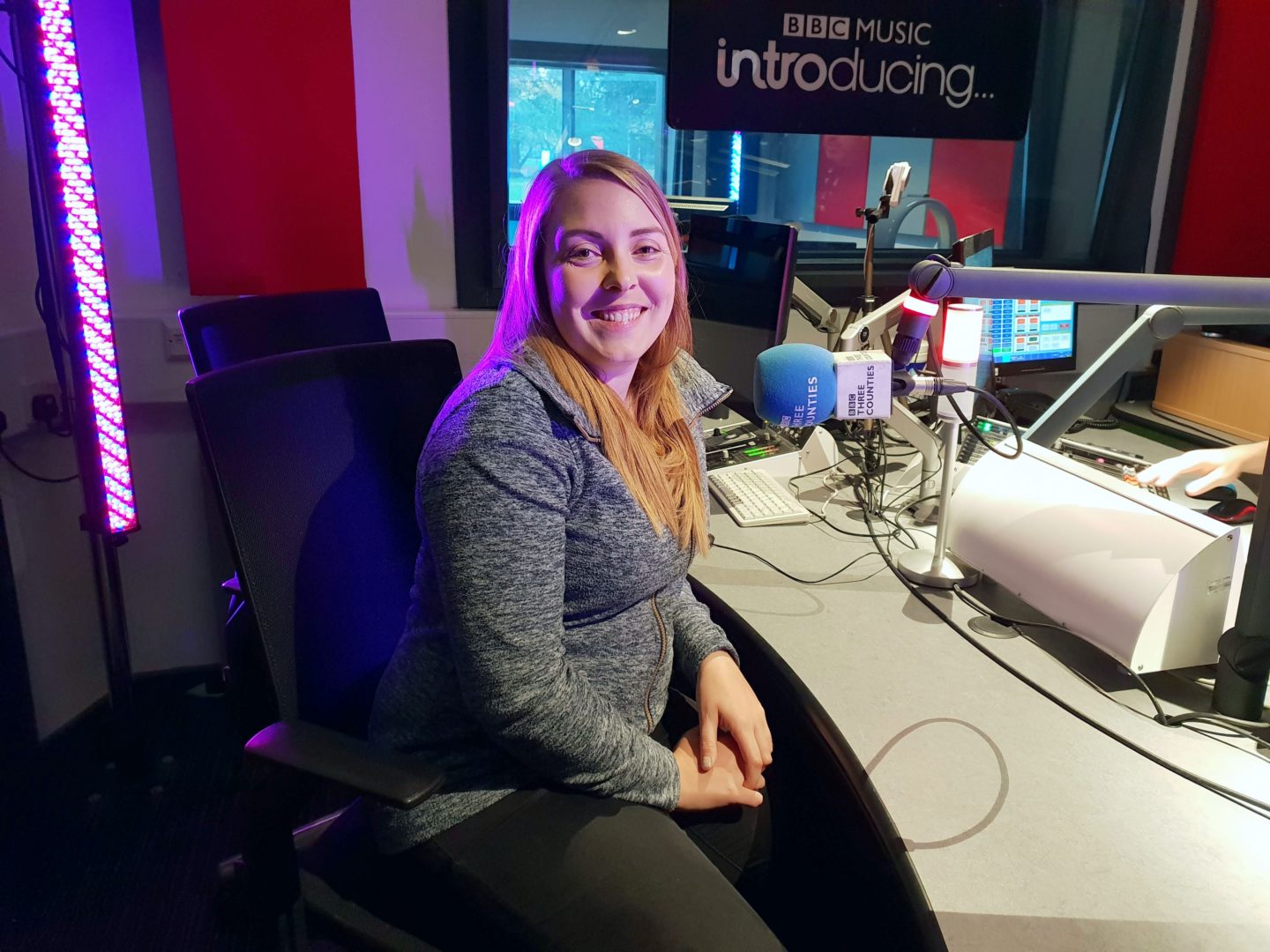 These might not seem like major achievements to a lot of people, but as someone who is naturally an introvert and finds it hard to be the centre of attention or speak to people I don’t know, ticking off two public speaking engagements and a radio interview is a pretty big deal. I’m grateful that being part of the Ordnance Survey GetOutside campaign has offered me these opportunities, and that I bit the bullet and found the courage to give them a go!

I do love talking about my passion for the outdoors, and it is incredibly rewarding being able to share my story and feel like I’m inspiring even just a couple of people to get outside and try something new. I’m definitely going to continue taking on things that challenge me, both outdoor adventures and more personal goals!

Do you enjoy public speaking or have you ever been on the radio?

We use cookies to ensure that we give you the best experience on our website. If you continue to use this site we will assume that you are happy with it.Ok