At the end of November, I headed to Canterbury for a long weekend. We stayed at the Camping and Caravanning site just on the outskirts of the city, in one of their ReadyCamp facilities. They are large permanent tents, complete with a bed, table and chairs and a mini kitchen area. 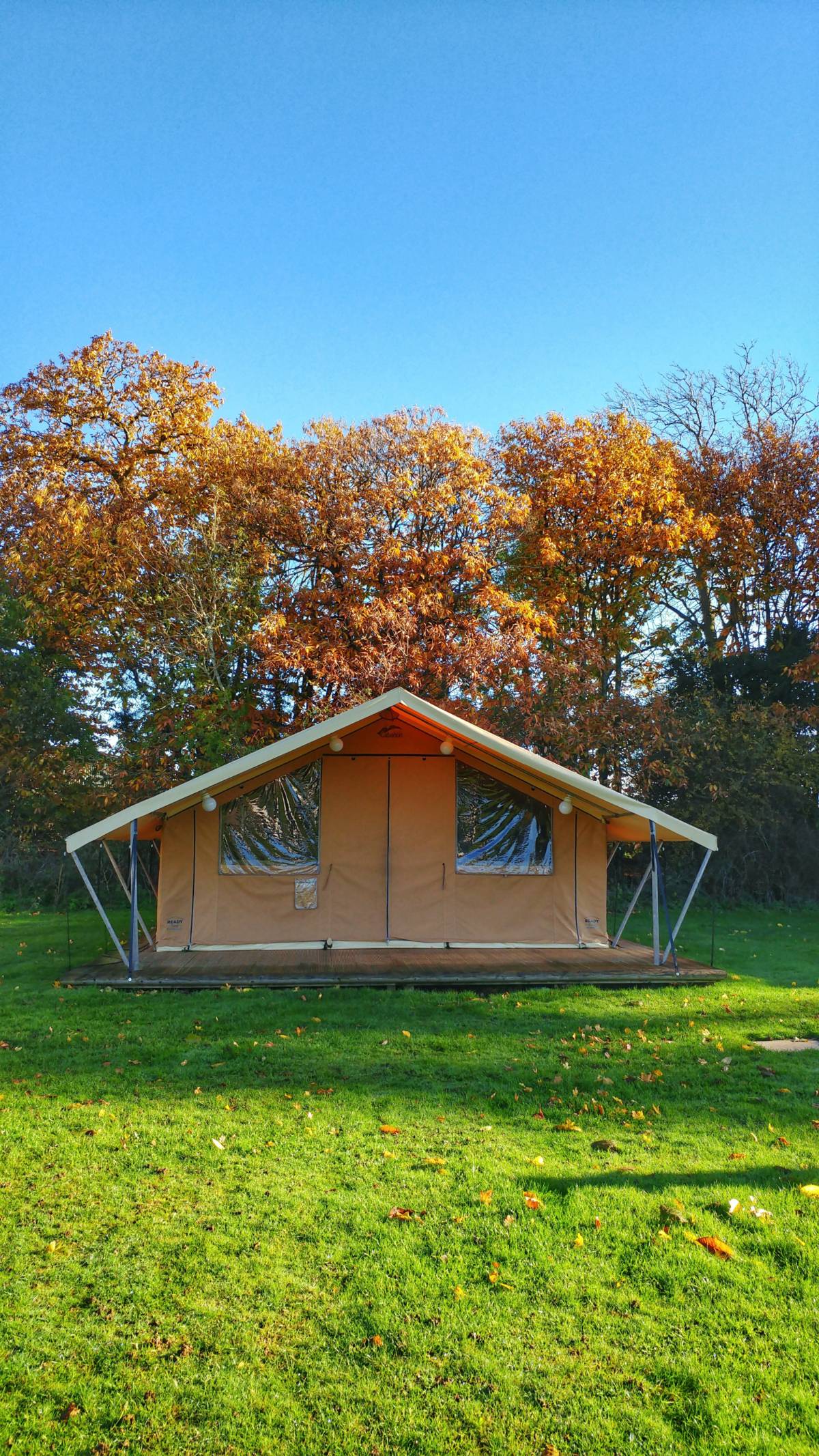 It was a great set-up meaning that we could rock up after work on Friday without anything to do, and enjoy a little more space for chilling out in the evenings – which is a good idea in the winter, when the weather is liable to be unpredictable. They are still made of canvas though so I definitely needed lots of layers and my fluffy bed socks! 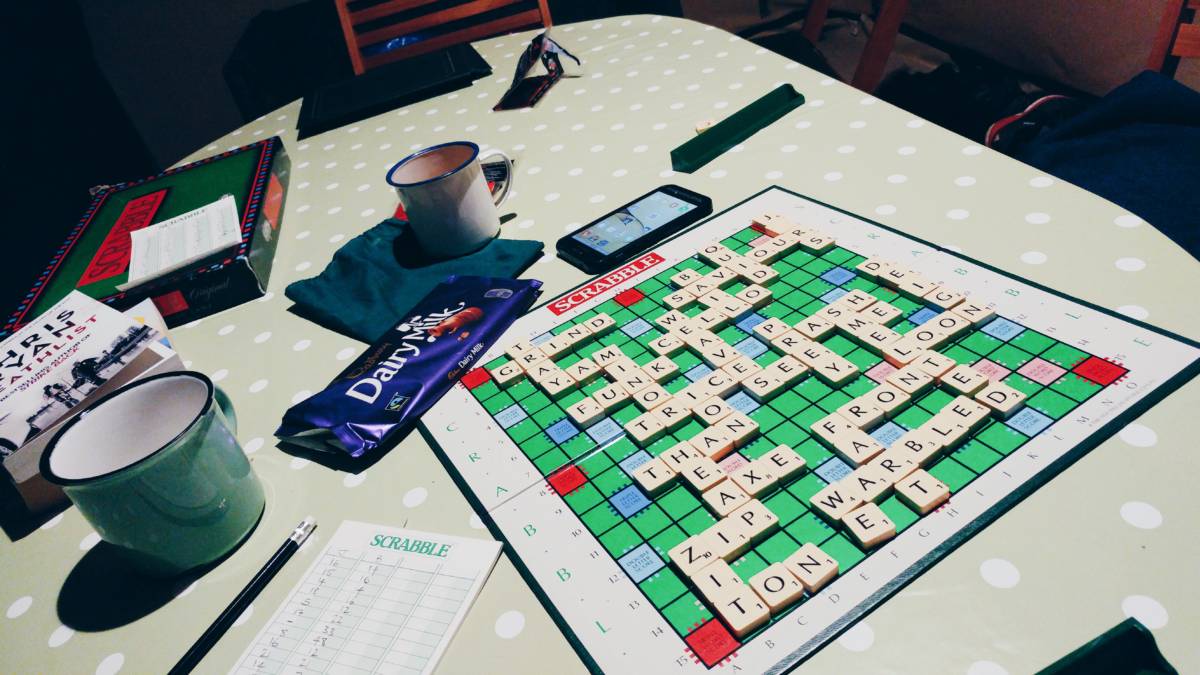 On the Saturday we visited Canterbury Cathedral, and some of the sights of the city. The campsite was about 25 minutes walk into the centre, which was great not having to get in the car. 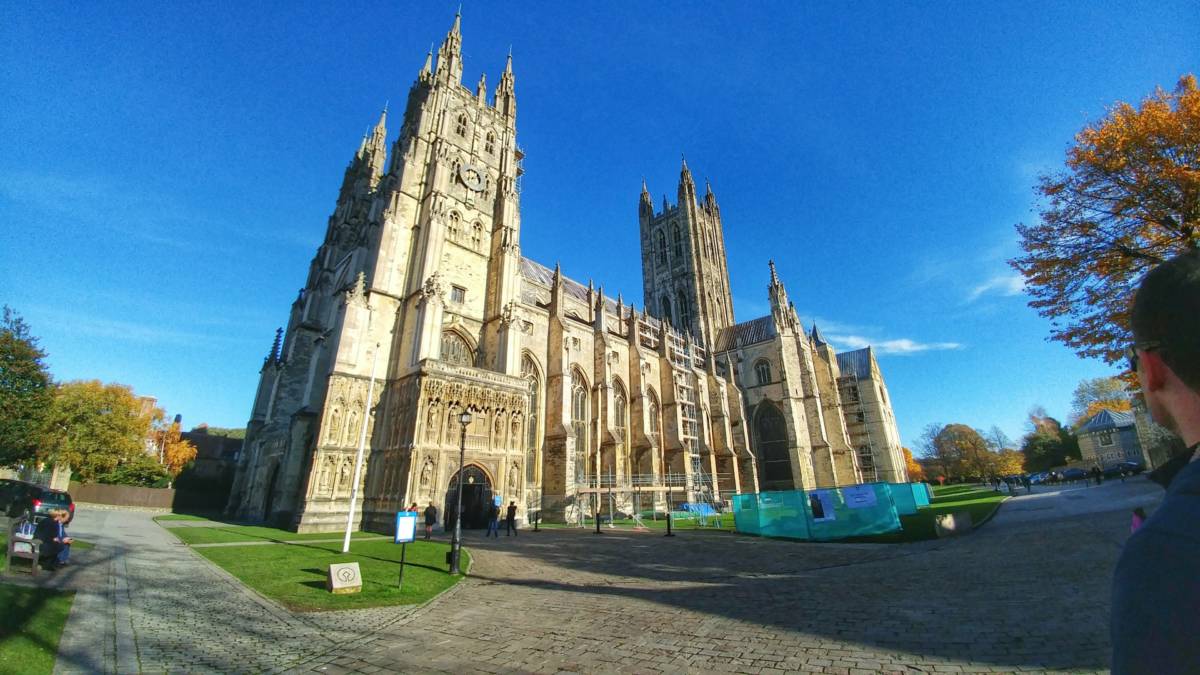 Canterbury Cathedral costs to enter (£12 for an adult), but you can buy a ticket that includes Gift Aid and means you can go back and revisit as many times as you like within a year. And even though from the outside, you might think that there is not a lot to look at, I was amazed by the size of the building and how many different beautiful areas there were to explore.

I’m not really a religious person, but it was hard not to have my breath taken away and be incredibly impressed by the architecture and sheer splendour – you just end up standing there with your mouth open! 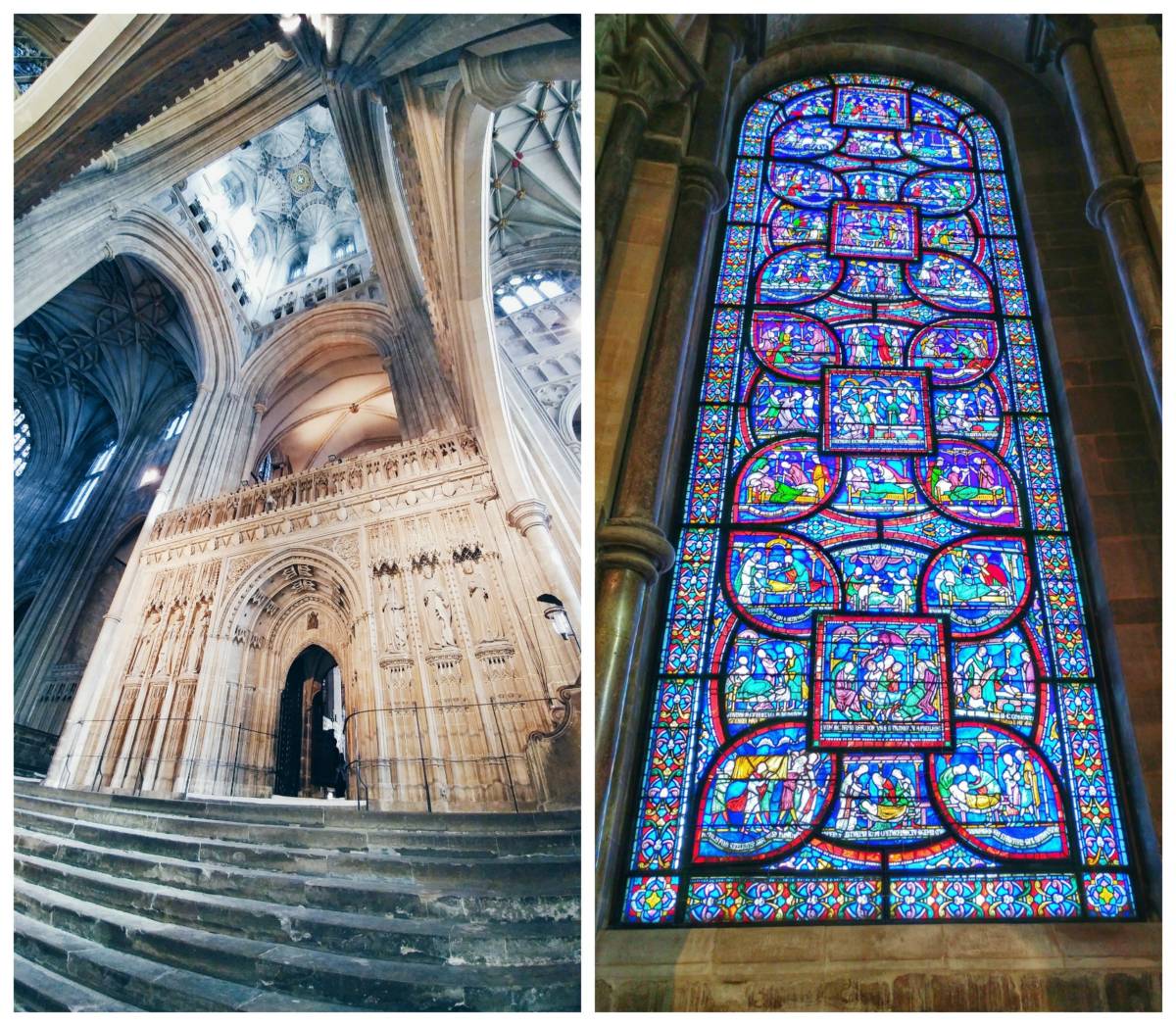 After spending a good couple of hours walking round, we headed to the Moat Tea Rooms for tea and cake. It was a typically English teashop in an old timber-framed building, complete with fine china, a whole menu dedicated to the different types of tea and of course cream teas with scones and jam. I opted for carrot cake as it’s my favourite! 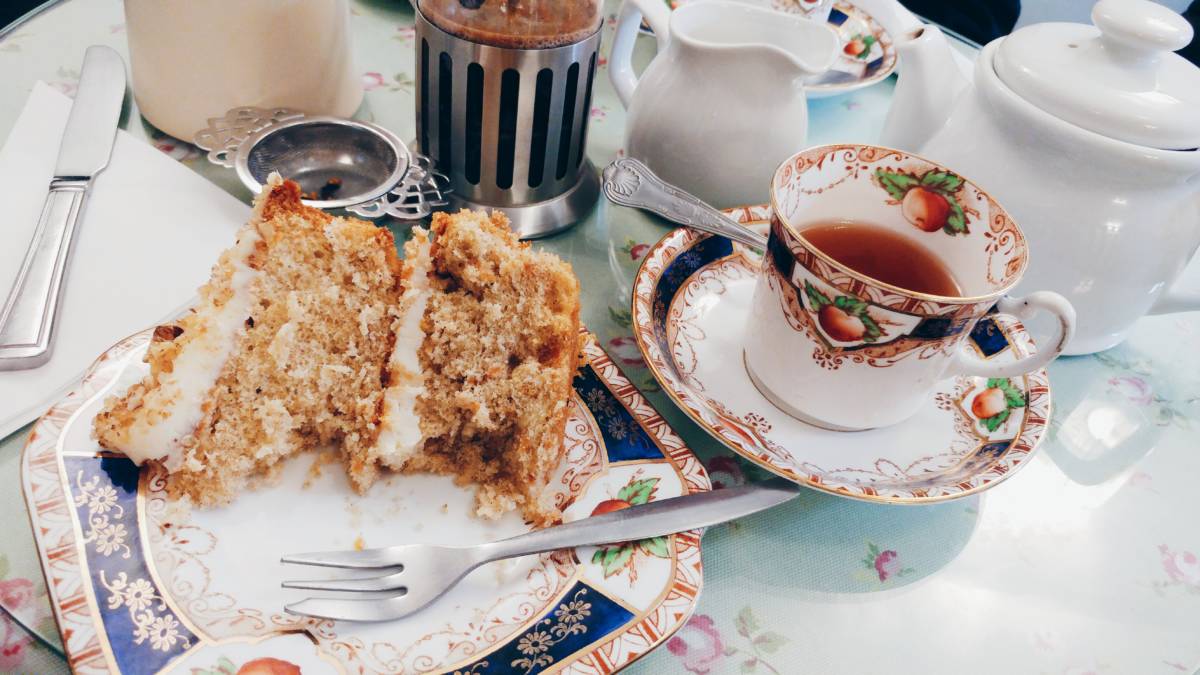 Later on that day, after exploring some of the shops we also visited The Goods Shed, which is an indoor farmers market and restaurant. I was definitely tempted by the local cheese and we ended up sampling some homemade sausage rolls – the weekend did involve rather a lot of eating! 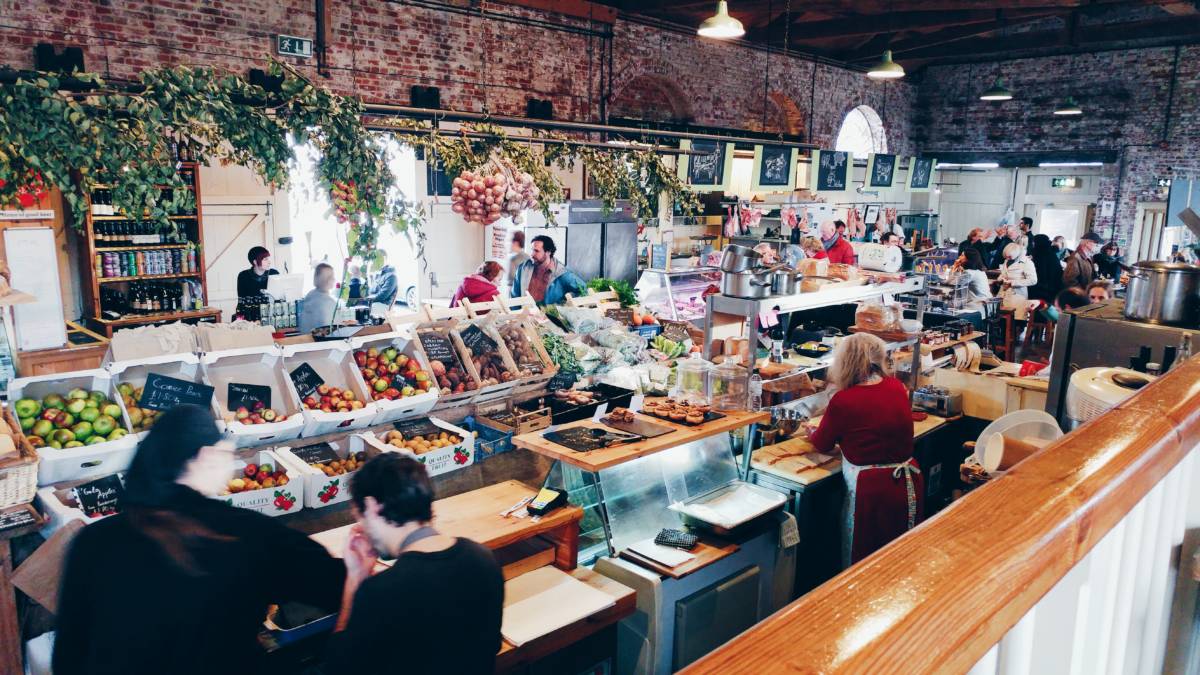 That night there was a huge storm and it was rather noisy in our tent – I will admit I got a bit nervous and didn’t sleep a huge amount, because the wind was so loud! Fortunately there wasn’t any damage, and apart from a few extra leaves and twigs on the ground the campsite appeared to have survived Storm Angus unscathed as well. 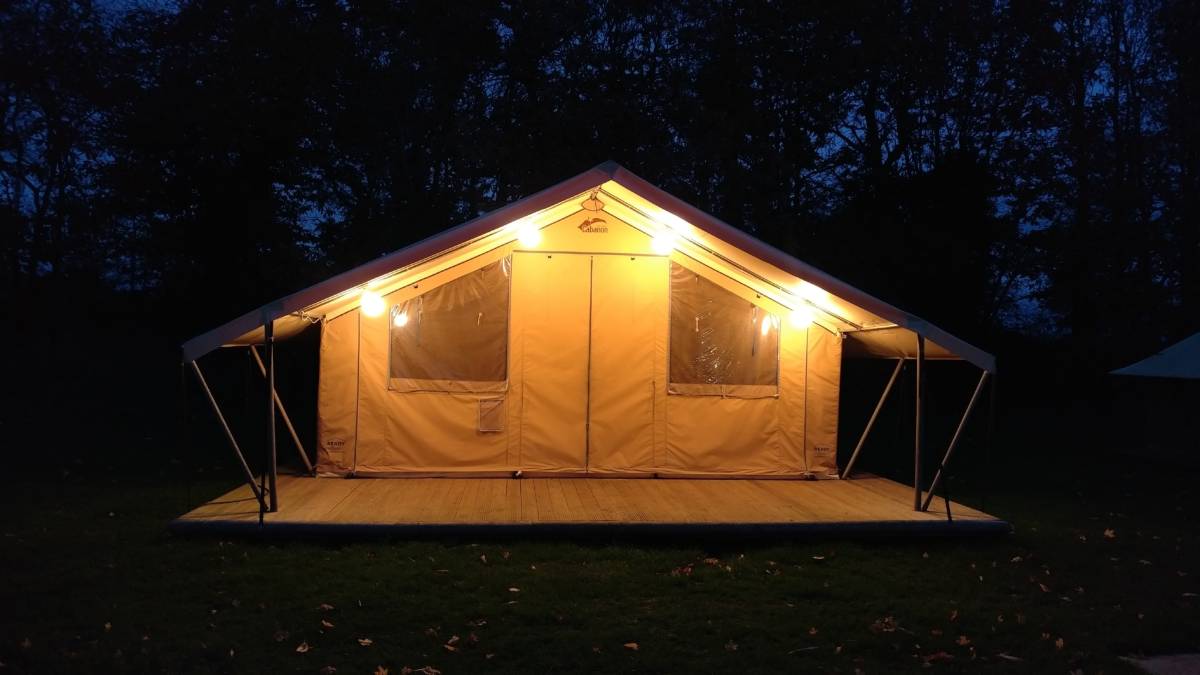 Consequently we had a lazy morning on Sunday, before driving over to Whitstable and Herne Bay for a walk along the coast. Things were still looking pretty grey and stormy here… 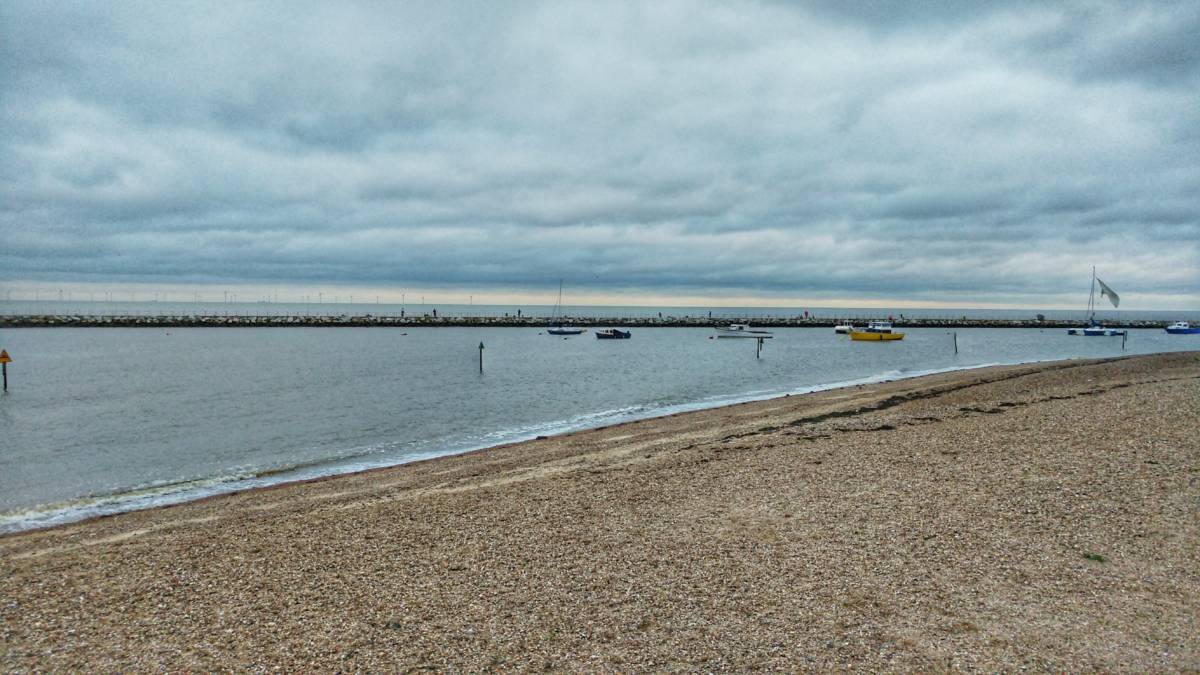 No trip to the beach would be complete without fish and chips but we may have enjoyed them from the warmth of the car whilst looking at the waves this time around!

For once, this wasn’t a particularly active holiday apart from walking and exploring, and I didn’t even pack any fitness kit. However, sometimes it’s good just to get away for a bit of relaxing and indulging – in food, culture and a change of scene.

Have you been anywhere interesting lately? 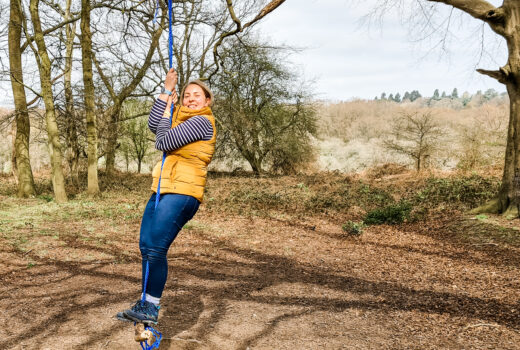 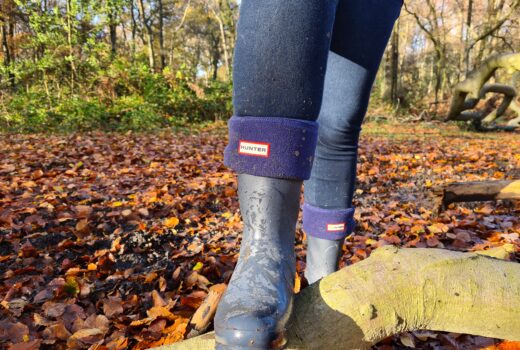